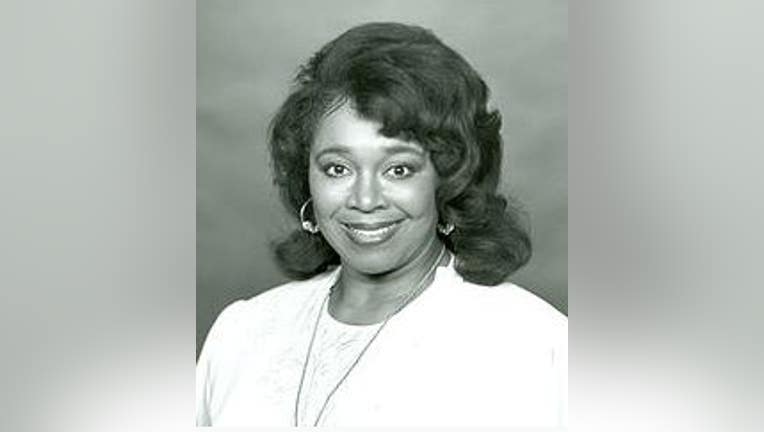 FOX 2 - Former Congresswoman and Detroit City Councilwoman Barbara-Rose Collins has died at the age of 82.

Collins was the first Black woman to be elected to Congress from Michigan, succeeding George W. Crockett Jr., in the US House in 1991 and serving until 1997.  Collins sponsored numerous bills that passed into law, including the Food Dating Bill.

Collins was remembered fondly in a statement by US Rep. Brenda Lawrence tonight.

"My heart breaks to hear of the passing of Rep. Barbara-Rose Collins," Lawrence posted on Twitter. "In 2018, I awarded her the Shirley Chisholm 'Unbought & Unbossed' award because she always put Michiganders first. She was a lifelong fighter for her communities, and she will be sorely missed."

The Collins family released the following statement about her passing:

"The family of the Honorable Barbara-Rose Collins regrettably announces that the matriarch, of the City of Detroit, has made her transition after a period of illness.

"The city pauses to mourn the loss of our lifetime public servant, community activist, mother and businesswoman. "Barbara-Rose," as she was affectionately known by her family, friends and constituents, committed her all to representing those she felt had no voice or "seat at the table."

"She was honored to have served as a legislator at the municipal, state and federal levels of government. She may be best remembered as the first Black woman to be elected to the United States House of Representatives, from the State of Michigan.

"A graduate of Detroit’s Cass Technical High School, Barbara-Rose Collins began her career after attending Wayne State University (WSU), where she studied Political Science and Anthropology. During that time, she met and married a classmate, Virgil Collins, and the couple birthed two children, Cynthia and Christopher.

"Securing employment with WSU, she soon realized there might be more to life than working and raising a family. After attending a historic speech at the Shrine of the Black Madonna Church, a torchlight was ignited by Stokely Carmichael’s oratory, leading her to not only join the Shrine, but to dedicating herself to the grassroots movement and the liberation of Black people. Barbara-Rose Collins became an icon for defending poor, undereducated and underserved citizens of her city.

"Seeking to expand her span of influence, she was elected to a seat on the Detroit Public School Board in 1971. There, Collins sponsored several programs and reforms to improve the quality of education for Detroit students before she decided to run for a State Representative seat in 1974. She served six years in the Michigan House of Representatives, fighting for Detroiters and sponsoring legislation to benefit its citizens.

"But the Honorable Barbara-Rose Collins yearned to play a greater role in the stewardship of Detroit and, upon counsel from her friend and mentor, Mayor Coleman A. Young, she ran for and was successfully seated as a Detroit City Council member in 1980. Serving two terms on City Council as an at-large member, Collins saw an opportunity to rise to a higher level of legislative leadership, challenging incumbent Congressman George W. Crockett Jr. for the 15th District seat in 1988. After a narrow defeat, she returned in 1990, running a successful campaign to become the first Black female in Michigan to serve as a Congressperson.

"What a fantastic achievement this was! Barbara-Rose Collins became a mentor for other famous Black women and men across the country who desired to pursue a career in politics. During her tenure in Congress, where she served from 1991 to 1995 and was appointed Minority Whip At-Large in 1993, Collins sponsored various legislation, sat on numerous committees and urged farmers to address deficiencies in food with donations to urban food banks. She opposed President Bill Clinton’s crime bill, which she viewed as an attack on Black men in particular.

"She was fearless in defending the rights of her people as well. Collins was arrested in 1994 while protesting with five Congressional colleagues for the rights of Haitian refugees in front of the White House. In 1995, she worked with other Detroit leaders to support the historic Million Man March, where she was also a featured speaker.

"Later, after a series of personal setbacks, Collins showed her resiliency and was elected again to Detroit City Council, where she served three additional terms. Known for her flamboyant and colorful African attire, Ms. Collins was never afraid to speak her mind nor stand up to the powers that be. According to her grandson, City of Detroit Ombudsman Bruce Simpson, ‘My grandmother was not only an inspiration to many, but a guiding light in my path to be of service to citizens in my community.’

"In the coming days, arrangements will be announced as many Detroiters will want to pay their respects to our Detroit icon. We give many thanks for all the love, support and well-wishes at this time as we seek to properly honor her legacy. The Honorable Barbara-Rose Collins will live on forever in our hearts and those of all Detroiters as one who ‘stood up for the people.’" 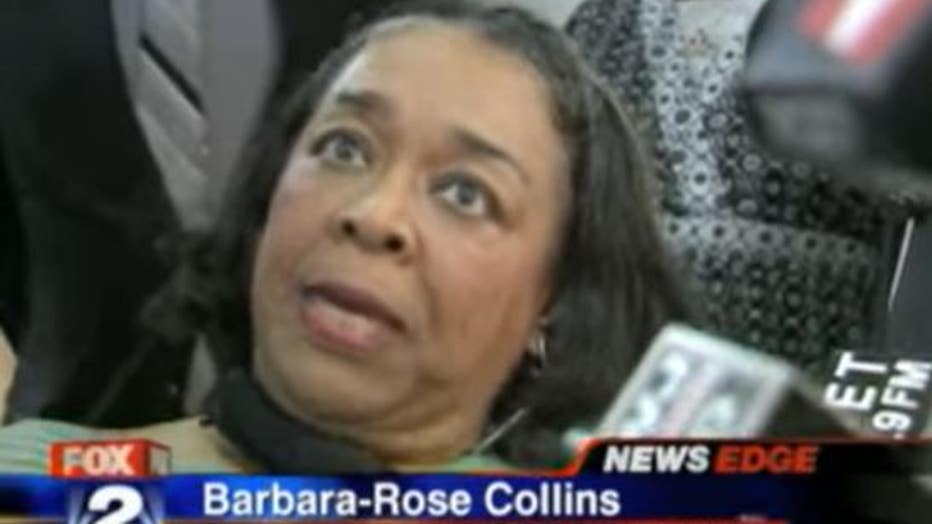