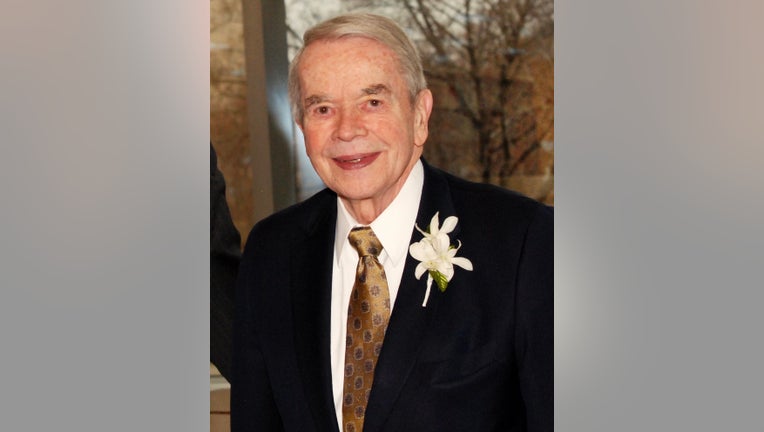 FLINT, Mich. - Former Michigan Rep. Dale Kildee, who represented his hometown of Flint and the surrounding area in Congress for 36 years, died Wednesday. He was 92.

Kildee’s death was announced by his nephew, Rep. Dan Kildee, who succeeded him after his 2012 retirement.

Dale Kildee, a Democrat, was elected to the House in 1976 after serving a dozen years in the state Legislature. He missed very few votes during his congressional career and was a champion for Flint, where he was born and where he taught Latin to high school students before entering politics. He also was a teacher in Detroit.

Dan Kildee called him an "incredible uncle," a role model and a political mentor.

"Dale will be remembered for many accomplishments in Congress, but especially his work to support early childhood education through Head Start, reform the No Child Left Behind initiative and promote child and senior nutrition programs," Kildee said in a statement. "Dale fought fervently for programs to address hunger in our country, establishing the first-of-its-kind summer nutrition program in churches so kids wouldn’t go hungry."

Dale Kildee also advocated for the auto industry. He was a founding member of the Native American Caucus, which works to advance relationships with tribal governments and amplify the voices of Native Americans.

"He was a wonderful man — extremely kind, generous and committed to his home community of Flint and working men and women across Michigan," said Democratic Sen. Debbie Stabenow, who served with Kildee in the House.

Rep. Fred Upton, a Republican and Michigan’s current longest-serving member of Congress, said Kildee "could cross the aisle to get things done and was honest as the day is long."

House Speaker Nancy Pelosi, a Democrat, said members were in awe of how hard he worked.

"A devout Catholic, Dale devoted his entire life to living up to our most sacred calling: to serve others, advance justice and pursue peace," she said.

Kildee is survived by his wife, Gayle, three children and many grandchildren.