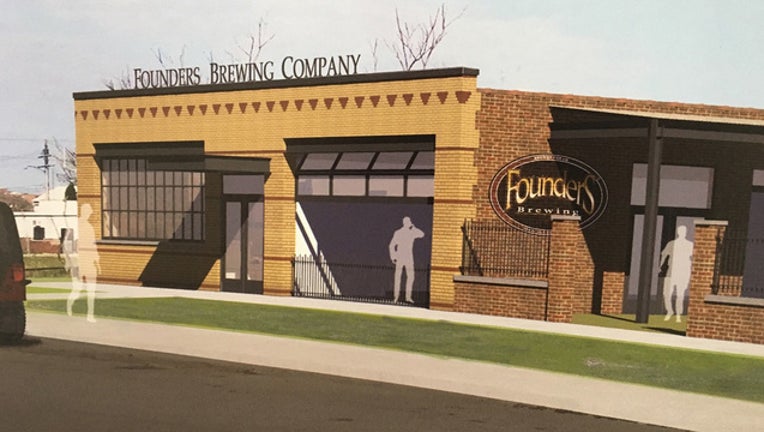 DETROIT (WJBK) - A brewery favorite in Michigan is finally getting a Detroit location. Founders, based in Grand Rapids, is opening a second taproom for the first time in their 20-year history.

The taproom is going to be on Charlotte Street off Cass Avenue, which is in the lower Cass Corridor neighborhood in Midtown. That's right by the Masoic Temple, and just a couple blocks away from where the new Little Caesars Arena is being built.

Construction is going to start this summer and the goal is for the full-service taproom to open in the winter.

Founders ranks among the top 20 largest craft breweries in the U.S. and is one of the fastest growing. The brewery has received numerous awards.

Popular year-round Founders beers are the All Day IPA, Rubaeus and Dirty Bastard.

For more information on their beer, visit www.foundersbrewing.com.