LANSING, Mich. - The Michigan Republican Party has replaced a state board of canvasser who voted to certify the 2020 election back in November, at a time when formal duties of approving the results of the previous election were being contested amid allegations of voter fraud.

Tony Daunt, the executive director of the Michigan Freedom Fund will replace Aaron Van Langevelde, one of two GOP members on the board and the only Republican to certify the results.

Van Langevelde's term ends Jan. 31. Daunt, who along with some of the state GOP repeatedly vocalized criticisms about the integrity of the 2020 election voting processes, will serve until Jan. 31, 2025. 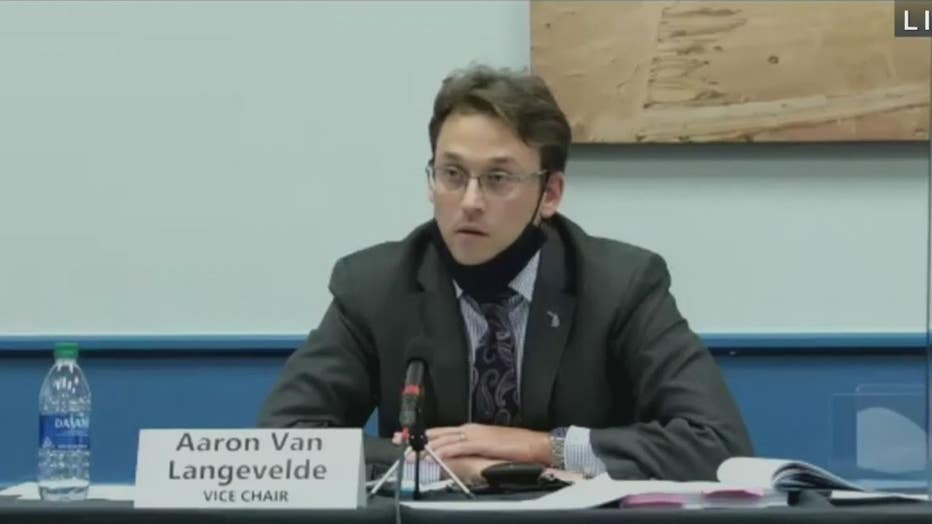 Aaron Van Langvelde sitting on the Michigan State Board of Canvassers

The Michigan Freedom Fund, whom Daunt is the head of, has connections to the DeVos family and has become one of the state's most outspoken groups against Gov. Gretchen Whitmer and her policies relating to the COVID-19 pandemic.

Daunt was among three people nominated by the GOP to fill Van Langevelde's position. The other two, Tori Sachs and Linda Lee Tarver, have been vocal activists in conservative circles. Tarver was part of the push to overturn the election in Michigan.

Van Langevelde, in interviews with the Detroit News says he was never approached about the position and wasn't surprised that he wasn't renominated.

RELATED: Michigan's State Board of Canvassers votes to certify election

Prior to him certifying the election, Van Langevelde was called upon to block approving the statewide vote due to unfounded claims of voter fraud in Michigan. The consensus from election officials is that Joe Biden beat Donald Trump by 154,000 votes - a figure that members of the state GOP have argued against without providing evidence.

Van Langevelde's counterpart, Norm Shinkle, abstained from the vote after expressing doubts about the election's integrity.