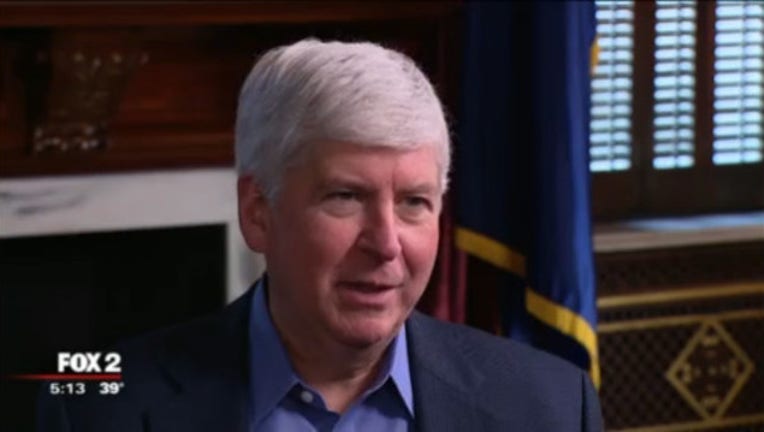 LANSING, Mich. (AP) - Gov. Rick Snyder has pardoned the criminal convictions of 35 people and reduced the prison sentences of 26 others.

Snyder's office released a list of names late Friday afternoon but refused to provide any other details.

A pardon erases a criminal conviction. A commutation reduces a sentence but doesn't get rid of the conviction. Snyder says he "took great time and care" in making decisions after cases were screened by the Corrections Department and the state parole board.

Snyder pardoned Usama "Sam" Hamama. He was the lead plaintiff in a lawsuit challenging the federal government's effort to deport Iraqi nationals who have criminal records.

Snyder reduced the life sentence of Melissa Chapman, who has spent 30 years in prison for first-degree murder in Genesee County. She was present when a boyfriend killed another man and admits that she helped him get rid of the body. But Chapman says her boyfriend had threatened to kill her.

Patricia Trevino's life sentence was reduced. She's been in prison since 1980 for murder in Kent County.