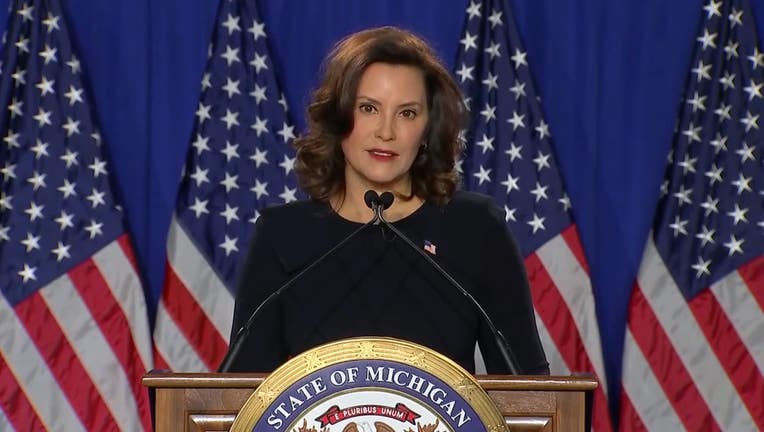 (FOX 2) - With presumptive Democratic presidential nominee Joe Biden expected to announce his running mate at any moment, the Democratic National Convention revealed more details Tuesday about the lineup of events and speakers at this year's event - and Michigan Gov. Gretchen Whitmer is scheduled to speak on Monday, August 17.

This scheduling could perhaps be some insight into Gov. Whitmer's chances of getting the nod for vice president.

According to the convention schedule, Gov. Whitmer will be speaking on Monday some time during the 9-11 p.m. timeframe. Monday's theme for the speakers is We the People.

The vice-presidential candidate typically speaks on the third day of the convention, which is leading many to wonder if Gov. Whitmer will not be the pick. That would put several other rumored contenders out of the running as well.

RELATED CONTENT: Could Whitmer be named VP? Biden has been "explicit" she's in the running, Lt. Gov. Gilchrist says

Right now, the schedule has "the Vice Presidential Nominee" listed for Wednesday's speakers.

The choice offers Biden an unusual opportunity to unify a party still reeling from Trump's 2016 win and solidify its future. He's already committed to selecting a woman and is considering several Black women. And since the 77-year-old Biden has not committed to seeking a second term, his running mate could be strongly positioned to become the Democratic Party's presidential nominee in 2024 and shape national politics for the next decade.

Biden's campaign has refused to comment on his search, but his team has been in recent contact with a small group of finalists that includes at least four women of color: California Sen. Kamala Harris, former national security adviser Susan Rice, California Rep. Karen Bass and Illinois Sen. Tammy Duckworth.

Last weekend, he met privately with Michigan Gov. Gretchen Whitmer, who's white. Biden has said publicly she remains on his shortlist. Massachusetts Sen. Elizabeth Warren, who also is white, has also been a leading contender.

RELATED CONTENT: Why choice of running mate matters more than usual this year

The four-day convention will be based in Milwaukee Auguat 17-20, although many speakers will attend only virtually.

Biden is set to speak on the final night of the event from his home state of Delaware.