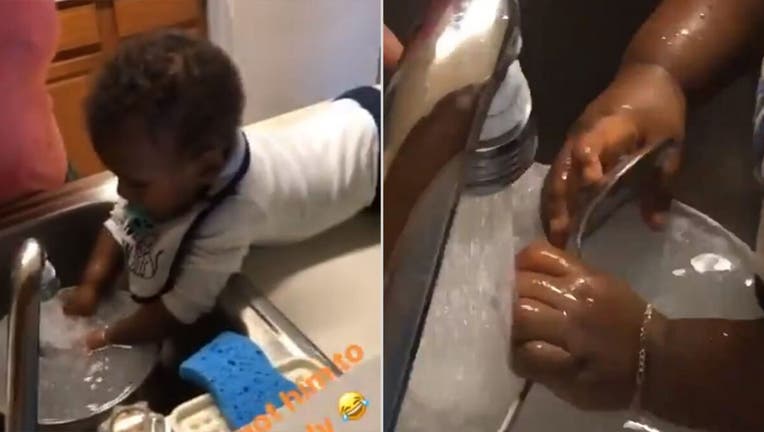 BALTIMORE, Md. (FOX 5 DC) - Parents, this just might be the answer to calming fussy babies.

The mother of a 9-month-old recently tweeted video of her infant son enjoying himself while ‘doing dishes’ at his grandmother’s house.

During a recent visit to her mother’s house in Baltimore, Maryland Arabia-Iman Tillery told FOX 5 baby Chase was being a little fussy before naptime.

Knowing he loves water, Arabia’s mother Denise Jackson suggested letting him do the dishes to calm him down.

“So she brought him over to the sink and is worked like a charm.” Arabia told FOX 5, “We had to pull him away to put him down for his nap.”

The video has been viewed over 3 million times and has over 280,000 shares.

Many users chimed in to congratulate grandma for her fast thinking and some even went as far as calling Ms. Jackson elite.

Others made heartfelt and funny remarks on Chase’s dishwashing skills.