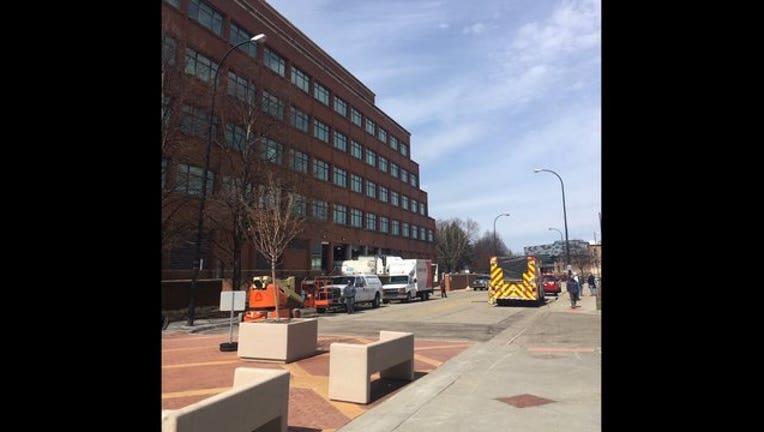 23 Kellogg's employees were taken to the hospital after a freon leak at the company's world headquarters in Battle Creek. Image via: FOX 17.

BATTLE CREEK, Mich. (WJBK) - A Hazmat team is on the scene of the Kellogg's world headquarters in Battle Creek after a freon leak.

According to FOX 17, the company evacuated the North Tower of the headquarters on Wednesday morning due to the refrigerant leak. The company said that 23 people were taken to area hospitals as a precaution.

FOX 17 reports that some of the employees reported difficulty breathing and required treatment by medical staff.

The company said that the leak has been stopped and they're working with local authorities to make it safe.

Stay with FOX 2 for more information as it develops.