Heinz and the Aldrin Space Institute at Florida Tech University unveiled the first bottle of Heinz Ketchup that was made from tomatoes grown on Earth in similar environmental conditions found on Mars, according to a news release.

The bottle of Heinz Tomato Ketchup Marz Edition is not available for purchase but has "undergone rigorous quality testing to get the all-important green light to become certified bottles of HEINZ Tomato Ketchup," the news release continued.

The tomatoes were grown by a 14-person astrobiology team over a span of nine months at the Aldrin Space Institute. 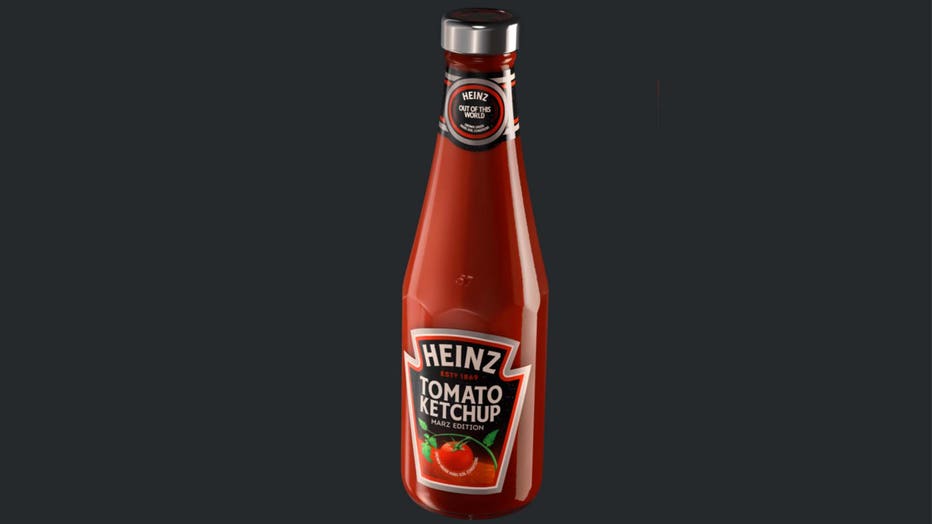 "We’re so excited that our team of experts has been able to grow tomatoes in conditions found on another planet and share our creation with the world. From analyzing the soil from Martian conditions two years ago to harvesting now, it’s been a journey that’s proved wherever we end up, HEINZ Tomato Ketchup will still be enjoyed for generations to come," Cristina Kenz, chief growth officer for Kraft Heinz International Zone, said.

The experiment took two years to accomplish and is the first of its kind.

Scientists worked in a greenhouse at Florida Tech’s Center for Advanced Manufacturing and Innovative Design in Palm Bay.

The greenhouse was designed to replicate conditions humans would potentially face if they had to farm on Mars, according to a Florida Tech news release.

Researchers used "powerful LED lighting – the only light the tomato plants ever experienced – and utilizing about 7,800 pounds of analog Martian regolith – soil from the Mohave Desert that mimics many of the characteristics of actual Martian soil. There was also strict temperature control and regular irrigation," the news release continued.

In addition to being grown in Mars-like conditions, the limited edition bottle was launched into space, nearly 23 miles outside of the atmosphere, and was able to withstand -94 degrees Fahrenheit before returning to Earth, the news release stated.

"Before now, most efforts around discovering ways to grow in Martian-simulated conditions are short term plant growth studies. What this project has done is look at long-term food harvesting. Achieving a crop that is of a quality to become HEINZ Tomato Ketchup was the dream result and we achieved it. And working with the Tomato Masters at HEINZ has allowed us to see what the possibilities are for long term food production beyond Earth," Dr. Andrew Palmer, Aldrin Space Institute, said.

In addition to studying how to grow tomatoes in Mars-like conditions, the Kraft Heinz Company hopes to use 100% sustainably sourced Heinz Ketchup tomatoes by 2025.