Law enforcement officials revealed more details Tuesday about the suspected gunman in the Highland Park parade shooting that left six people dead and over 30 others wounded.

"He brought a high-powered rifle to this parade," Covelli said. "He accessed the roof of a business via a fire escape ladder and began opening fire on the innocent Independence Day celebration-goers."

The rifle he used in the shooting was similar to an AR-15 and was purchased legally in Illinois, Covelli said.

Crimo was disguised as a woman at the time of the shooting. 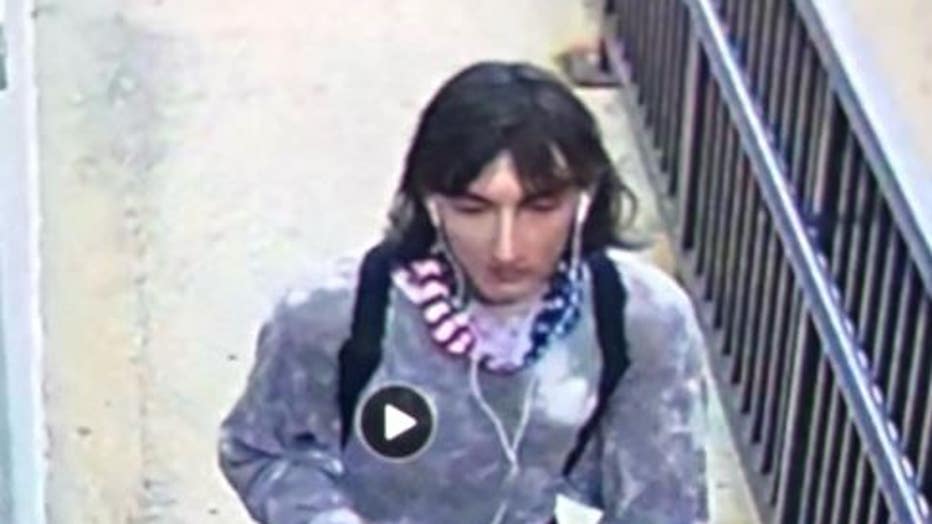 "During the attack, Crimo was dressed in women's clothing," Covelli said. "Investigators do believe he did this to conceal his facial tattoos and his identity and help him during the escape with the other people who were fleeing the chaos."

After the shooting, Crimo blended in with the crowd and walked to his mother's home in the area where he borrowed her vehicle, Covelli said. A member of the community spotted Crimo driving and called 911.

Crimo was pulled over and arrested during a traffic stop about five miles north of the shooting.

Another rifle was recovered from Crimo's vehicle when he was arrested. Police found more guns at Crimo's residence in Highwood. All the guns were purchased legally in Illinois and under his name, Covelli said.

Investigators who have interrogated the suspect and reviewed his social media posts have not determined a motive for the attack, Covelli said.

They have also not found any indication that the shooter targeted anyone by race, religion or other protected status.

Covelli confirmed Tuesday afternoon that a seventh person died in the shooting.

Mass shooting expert Lori Ann Post from Northwestern University's Feinberg School of Medicine talks about why she wasn't surprised the suspected shooter is a young white man and that the gun he used was legally obtained.

The Lake County Major Crime Task Force is asking witnesses for any video that captured the gunman on the roof or approaching the parade.

The shooting occurred at a spot on the parade route where many residents had staked out prime viewing points early in the day for the annual celebration. Dozens of fired bullets sent hundreds of parade-goers — some visibly bloodied — fleeing. They left a trail of abandoned items that showed everyday life suddenly, violently disrupted: A half-eaten bag of potato chips; a box of chocolate cookies spilled onto the grass; a child’s Chicago Cubs cap.

Crimo, who goes by the name Bobby, was an aspiring rapper with the stage name Awake the Rapper, posting on social media dozens videos and songs, some ominous and violent.

In one animated video since taken down by YouTube, Crimo raps about armies "walking in darkness" as a drawing appears of a man pointing a rifle, a body on the ground and another figure with hands up in the distance. A later frame shows a close-up of a chest with blood pouring out and another of police cars arriving as the shooter holds his hands up.

Paul Crimo, the uncle of Robert Crimo III, spoke to FOX 32's Dane Placko after his nephew was named as the person of interest in a shooting that killed at least six people, wounded at least 30 and sent hundreds of people fleeing from an Independence Day parade in suburban Chicago on Monday.

Paul Crimo, the uncle of Robert Crimo III, spoke to FOX 32's Dane Placko after his nephew was named as the person of interest in the shooting. Paul Crimo said he saw no warning signs in Robert's behavior.

"I see nothing that would trigger him doing this," Paul Crimo said.

Crimo’s father, Bob, a longtime deli owner, ran unsuccessfully for mayor of Highland Park in 2019, calling himself "a person for the people."

Highland Park is a close-knit community on the shores of Lake Michigan, with mansions and sprawling lakeside estates that have long drawn the rich and sometimes famous, including NBA legend Michael Jordan, who lived in the city for years when he played for the Chicago Bulls. John Hughes filmed parts of several movies in the city, including "Ferris Bueller’s Day Off," "Sixteen Candles" and "Weird Science."