FOX 2 - "For those who remain reluctant or hesitant to get vaccinated, we want you to seek information, talk to your provider and get the facts," said Dr. Adnan Munkarah.

The message from Henry Ford Health System, Michigan's health department, and pretty much every authority on the matter, is to get vaccinated.

The message from Henry Ford Health System, Michigan's health department, and pretty much every authority on the matter, is get vaccinated.

The MDHHS reported a 600 percent increase in cases from the state's June 26th low, as boosters for people with immune-compromised systems - get the go-ahead

"You should get a booster dose the same as the first two you had," said Dr. Dennis Cunningham, Henry Ford Health System. "So if you had two Pffizer doses, get a Pfizer booster. If you had two Moderna doses, get a Moderna booster."

Michigan is at a high level of community transmission as case rates, hospitalizations, and deaths are now on the rise. The spike has been fueled by the delta variant, which is now the dominant strain in the state

Models show things could be bad for the next four to six weeks by most metrics.

There have been more than 12,000 breakthrough cases in Michigan since January 1st, that's less than one percent of people who are fully vaccinated in the state.

"We are not seeing healthy people who received the vaccine hospitalized - which shows you how effective these vaccines are," Cunningham said. 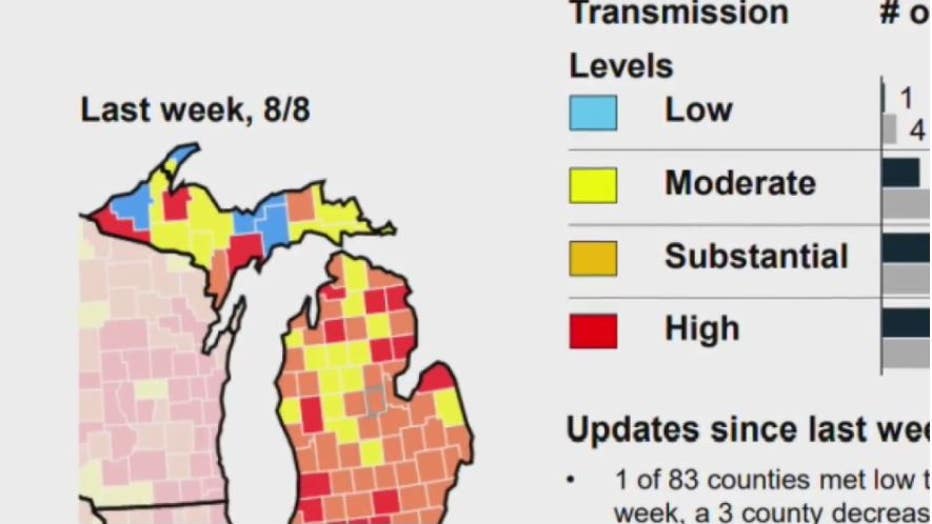 A booster dose of the Pfizer and Moderna vaccines is expected to be available to everyone 18 years and up in September. The need for a Johnson & Johnson booster is still being looked into.

"We need to be a little bit patient because the science about the vaccines and this virus continues to evolve," Cuningham said.