The U.S. House of Representatives’ Permanent Select Committee on Intelligence released a report Tuesday on the impeachment inquiry against President Donald Trump.

WASHINGTON - After several days of testimony from witnesses before the House Intelligence Committee, the impeachment inquiry into President Donald Trump will now shift to the House Judiciary Committee with a hearing Wednesday to examine the “high crimes and misdemeanors” set out in the Constitution.

House Judiciary Committee Chairman Jerrold Nadler, D-N.Y., said that it will “explore the framework put in place to respond to serious allegations of impeachable misconduct.”

The hearing will feature four legal scholars who will examine the constitutional grounds for impeachment.

The Judiciary hearing comes as the House Intelligence Committee released a report compiling evidence of its probe into Trump’s dealings with Ukraine. The intelligence panel held two weeks of impeachment hearings last month examining Trump’s requests for Ukraine to investigate Democrats as the U.S. withheld military aid to the country.

The 300-page report from Democrats on the committee alleges that Trump misused the power of his office and, in the course of their investigation, obstructed Congress by stonewalling the proceedings.

“The President placed his personal political interests above the national interests of the United States, sought to undermine the integrity of the U.S. presidential election process, and endangered U.S. national security,” the report said. 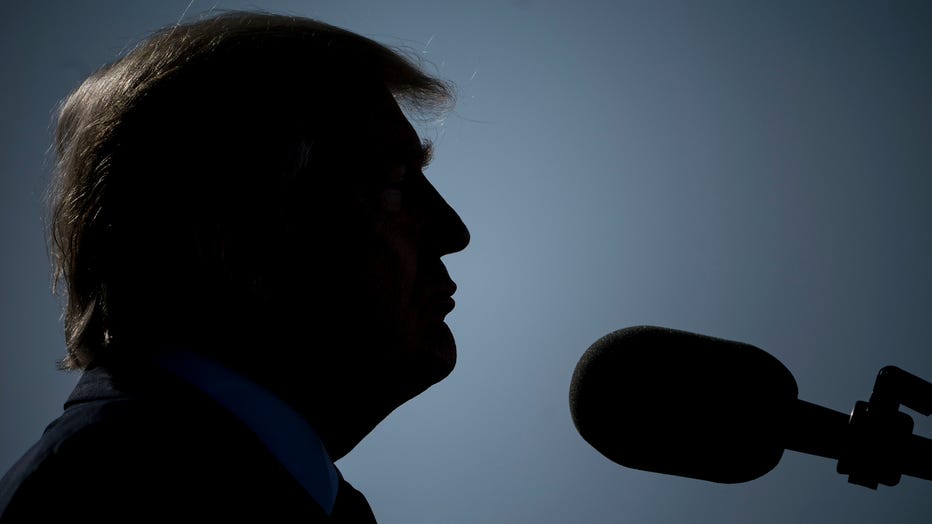 President Donald Trump speaks during a memorial service at the Pentagon on Sept. 11, 2017 in Washington, D.C. (Photo credit: BRENDAN SMIALOWSKI/AFP via Getty Images)

The White House declined an invitation to participate in Wednesday’s Judiciary hearing, with Counsel Pat Cipollone denouncing the proceedings as a “baseless and highly partisan inquiry” in a letter to Nadler.

"As for the hearing scheduled for December 4, we cannot fairly be expected to participate in a hearing while the witnesses are yet to be named and while it remains unclear whether the Judiciary Committee will afford the president a fair process through additional hearings," Cipollone wrote.

"More importantly, an invitation to an academic discussion with law professors does not begin to provide the President with any semblance of a fair process. Accordingly, under the current circumstances, we do not intend to participate in your Wednesday hearing."

Cipollone’s letter applied only to the Wednesday hearing, and he demanded more information from Democrats on how they intended to conduct further hearings before Trump would decide whether to participate.

Trump arrived in London late Monday for a two-day NATO leaders' meeting and accused Democrats of scheduling this week’s impeachment hearing to undercut him during his trip abroad.

The next step in the process comes when the Judiciary Committee gavels open its hearing at 10 a.m. ET with the legal experts to assess the findings and consider potential articles of impeachment ahead of a possible vote by the full House by Christmas.

That would presumably send it to the Senate for a trial in January.