(FOX 2) - It's the American dream: owning your own home and customizing it, choosing the lot, having it built from the ground up.

But behind that beautiful model home might be a builder who's not a model businessman.

Welcome home. It's a community of lovely new homes in Shelby Township. There are fancypants model homes from several builders here, including some by Sunset Homes LLC. Sunset builds new homes all over Macomb County.

"We were supposed to be in this house Christmas of 2018 - and it's been hell," said Emily, a customer.

"The whole building process has been a nightmare," said Jessica, another customer. "He's a nightmare himself."

Wolchek: "Can I talk to you?  Can you roll the window down? Hey Paul, I'm trying to talk to you."

But Paul drove off in a hurry.

We caught up with Paul again.

Wolchek: "So has the sun set on Sunset Homes?"

Paul Esposito: "Are you really going to do this right here in front of everybody?"

Paul Esposito: "Why don't you go to my office?"

Wolchek: "You're never at your office."

Paul Esposito: "Get that out of my face." 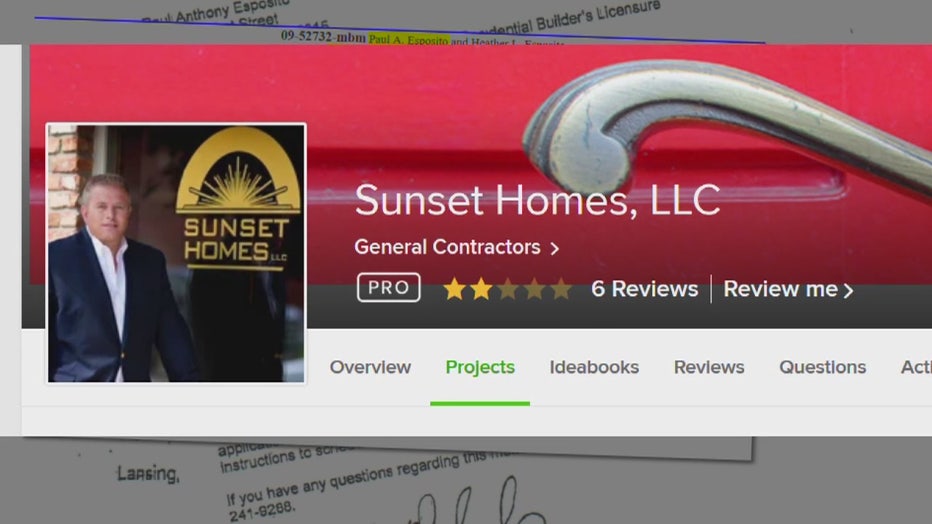 If you think Paul is upset, wait until you meet some of his customers.

Wolchek: "So you're not in your house?"

Then, the suppliers and sub-contractors' only remedy is to go after the homeowner. And in this case - that's Maura.

"We've got four liens and we've gotten notices from Chesterfield Township about the noxious weeds on our property because we're the owners," Maura said.

What's Paul Esposito got to say about that? Heck, he doesn't even seem to know who Maura is. 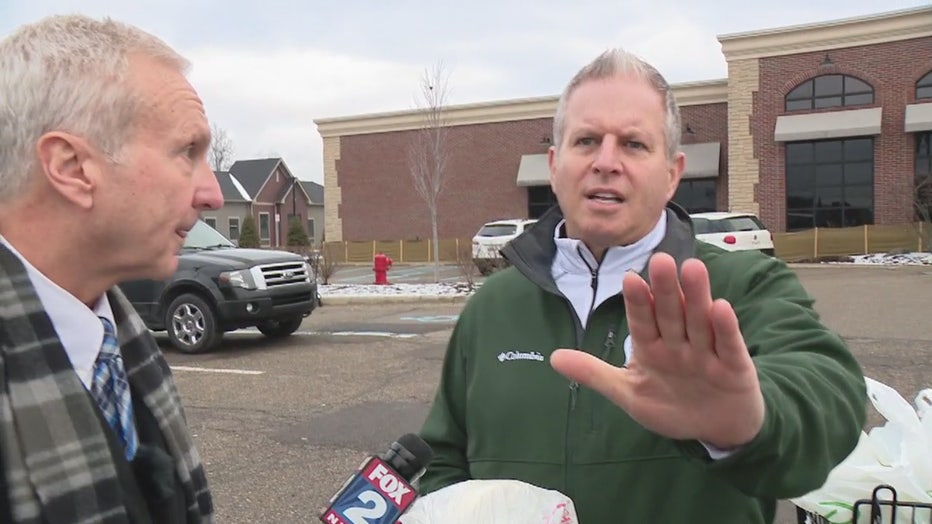 Paul Esposito is in the Hall of Shame

Wolchek: "She's got a house, it's halfway done."

Wolchek: “That’s the one where you knocked the neighbor's sidewalk down."

Paul Esposito: "No we didn't knock the sidewalk down."

Paul Esposito: "It fell down because of an open hole."

Okay. Paul remembers this. Two summers ago when his crew was digging the hole for Maura's house, it seems they dug a little too big of a hole.

We met with Kerri, the neighbor whose property was being swallowed up by the hole.

"They actually put up a big board that said 'Danger Keep Out' right in front of our property," she said.

Eventually, all of that fell into the hole. Paul promised to fix Kerri's property but didn't for a whole year. It only got fixed when her insurance company fixed it.

"He always tells you what you want to hear," Kerri said. "It just never got done. Nothing ever gets followed through.

Paul also doesn't remember Brendt and Emily who have a half-completed house in a different sub.

"We may not recover financially from this but the thought of someone else having to go through this, just breaks my heart," said Emily.

Wolchek: "I just talked to Brendt and Emily on Friday. Are you familiar with them?" 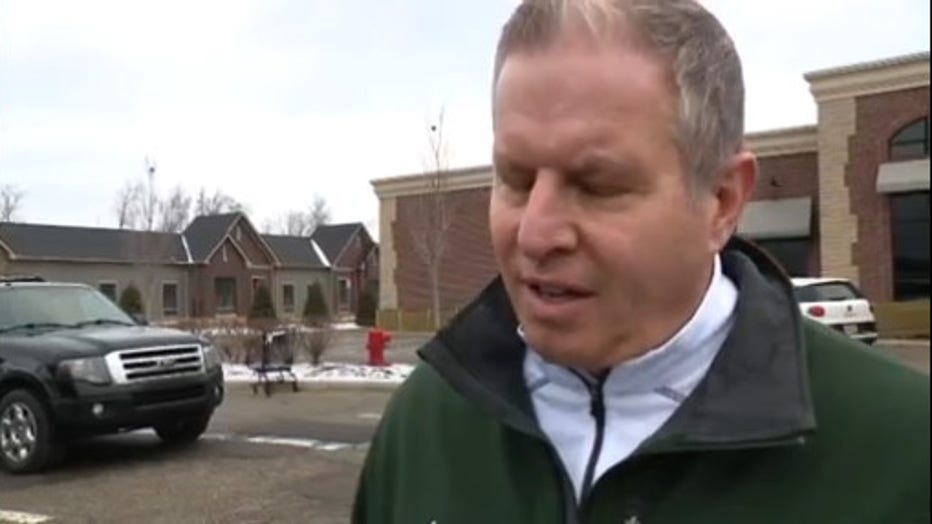 Brendt is a firefighter and Emily a working mom. They have two kids and they were supposed to move into their home in December of 2018. They, too, were hit with delays.

"We met here, he said by Tuesday he'd have a plan and he'd have people here working - and we still haven't heard from him to this day," Brendt said.

They are stuck paying $1,100 a month on their construction loan. Brendt and Emily filed a formal complaint with the state saying Paul mismanaged money - but on top of that, they've been slapped with $44,000 in liens.

Wolchek: "So this has been a complete nightmare and you're still not even in the house?"

"No and we've decided we will never live in the house," Emily said. "It no longer holds the values and the memories we want it to."

Wolchek: "This lady was crying. She hates you. She thinks you ruined her life, her dream home."

Paul Esposito: "Well you know what? I didn't. Something financially happened to me which I'm rectifying - that's all I can tell you right now."

Right around the corner from Brendt and Emily's house is Doug's house. Hey, it's finished, but Doug can't get a mortgage on the house.

"Until we have these liens taken care of, there's nothing we can do," Doug said.

Doug and his family have lived in the home for more than a year. But they are stuck paying a $1,300 a month interest only on their construction loan because they say Paul never paid for the lumber for the house.

No one will finance them because there's a $39,000 lien on the home. Paul just makes excuses.

Wolchek: "And when you say done, you mean paid?"

Paul Esposito: "He's got one lien and that's through Carter Lumber."

Paul Esposito: "I want to tell you the truth, but if you give me a day to two days, okay, I'm thinking I'll have everything rectified. I wish I could tell you everything right now. It's something that I've done, okay, but in another day or two, if you give me your card."

Wolchek: "I just gave you my card."

Paul has had several complaints with the builder's licensing board, going way back. The state residential building board fined him $500 for bouncing a check for a city building permit. In another case, the board ordered him to pay $14,000 in restitution to a supplier.

Paul had to petition the state to reinstate his builder's license because he let it lapse. Then he filed for personal Chapter 7 bankruptcy.

Paul re-emerged a few years ago, started Sunset Homes and got his license back but was fined $7,500 in 2016 for building violations.

Speaking of violations, one man said Paul did him so bad he doesn't want his face shown on TV.

Wolchek: "How much have you put into the house?"

We visited his unfinished house, too. There's been no work on it for a long time.

"I have a lien from the lumber company that says we have received zero dollars and I have a sworn statement showing that there was supposed to be $35,000 on this draw going to them. So where'd the money go?" he said.

Now he's paying $900 a month interest-only on his construction loan. Of course, he and his family can't live in the house, so he's also actually paying a mortgage on another house.

What's Paul got to say about him?

Wolchek: "What does that mean?"

Meanwhile, the house sits rotting away a block from the beautiful Sunset Home model home that impresses Paul's future customers.

Paul Esposito says Sunset Homes is coming out of the darkness.

Wolchek: "Yeah, that's what these people have been saying for months."

Wolchek: "I'm not sure what's going on here. You're doing bad work"

Paul Esposito: "No I'm not doing bad work. You're not going to find one person who's going to tell you I did bad work."

Really Paul, do I have to introduce another unhappy customer?

"I don't even know how he sleeps at night knowing that he has done this to people," Jessica said.

Jessica's Sunset Home was at least finished, but she's got cracks all through her ceilings, nails coming through the drywall throughout her home. She says Paul is a monster.

"Actually anybody is more than welcome to contact me," Jessica said. "Except for Esposito."

And a few doors from her house is one of Paul’s half-done eyesores.

Paul Esposito: "Can I prove myself if you give me a couple of days?"

Paul Esposito: "I've been promising myself something that's supposed to come through for the last year."

Wolchek: "Well why don't you give me a clue what it is? Hitting the Lotto?"

Paul Esposito: "No, please don't be a smart ass. I'm being considerate."

Hey Mr. Considerate, consider this: You're in the Hhhhhalll of Shame!" 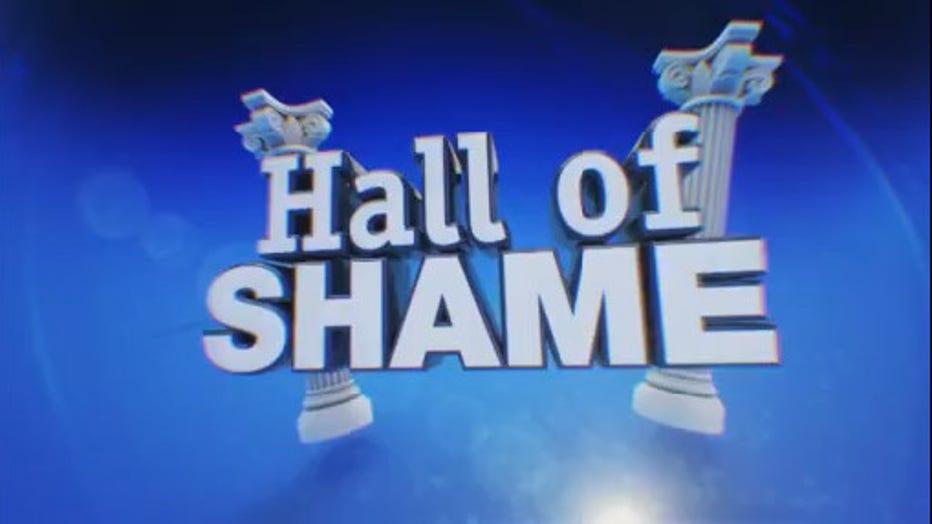