In a cryptic phone call, transcribed in charging documents," the man says "Every last one of your Republican colleagues... is to be found...and killed, be it by a bullet to the face or by the smashing of a brick in your skull."

HOUSTON - Officials say a Houston-area man has been charged with a terroristic threat against Texas Senator Ted Cruz and is currently at large.

According to court documents by the Harris County District Attorney's Office, Isaac A. Nformangum, 22, of Richmond, Texas made a call to Senator Cruz's office on June 26. In the call, Nformangum made cryptic remarks to the senator about his intent to have the voting rights act repealed.

Charging documents transcribed the entirety of his message, where the 22-year-old addresses the senator by his legal name, Rafael Eduardo Cruz:

"Hello and good afternoon Senator Rafael. This is one of the many Afro-American constituents of whom you are representative of here in Texas, as you currently serve from the Senate.I have just read the, uh, Texas Republican parties platform for this current 2022 year, uh, wherein it is apparent that your many colleagues intend, intend to have the voting right acts repealed and not reauthorized? Every last one of your republican colleagues to have signed off on that platform is to be found, and is to be found and killed, be it by a bullet to the face or by the smashing of a brick in your skull. It is a civic duty of every American citizen or resident to see to it that every last one of your colleagues is to be killed. Killed. Be it by finding you in a public space or by trailing you to your very, by your very public homes. The addresses of which are public knowledge. You and every one of your colleagues is to be shot dead. Found and killed. You sick pieces of human scum will not have the (explicit) audacity to aggressive any further and to strip us of our rights like you did our grandparents so many years ago. You’ll be found and killed. As a civic do you have every American to do so (explicit). (explicit) Rafael. You piece of human scum." 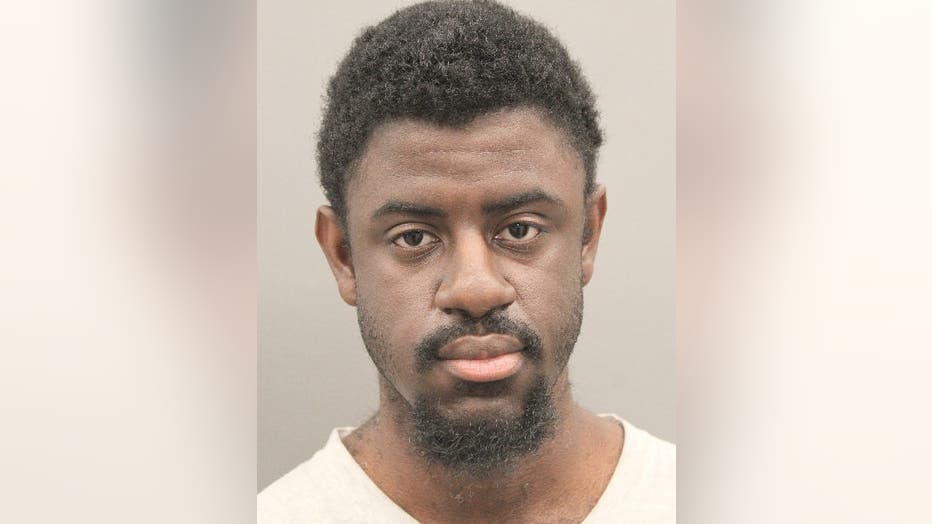 Nformangum is charged with a felony of Terroristic Threat, and on July 3, was released on a PR Bond. However, the D.A.'s office confirmed with FOX 26 that because the 22-year-old failed to show up in court Friday, he is now a wanted fugitive and there is an active warrant out for his arrest.

This is a developing story and will continue to be updated.