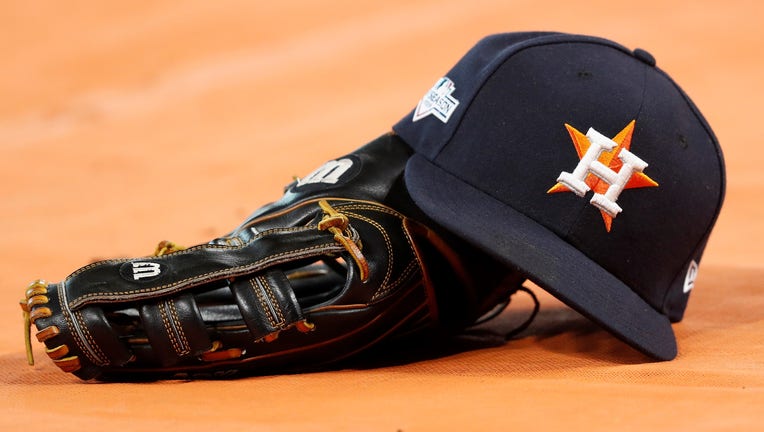 HOUSTON, TX - OCTOBER 19: A Houston Astros hat and glove are seen on the field before Game Six of the League Championship Series against the New York Yankees at Minute Maid Park on October 19, 2019 in Houston, Texas. (Photo by Tim Warner/Getty Images

HOUSTON - The Houston Astros have fired Assistant GM Brandon Taubman in response to reports of him yelling toward a group of female reports about closer Roberto Osuna during a clubhouse celebration.

In their statement, the Astros said:

Our initial investigation led us to believe that Brandon Taubman's inappropriate comments were not directed toward any reporter. We were wrong.

According to SI, Taubman shouted "Thank God we got Osuna!" and made similar remarks several times, punctuating them with an expletive. SI said one of the reporters was wearing a domestic violence awareness bracelet. The incident occurred after the Astros beat the New York Yankees at Minute Maid Park on Saturday night in Game 6 of the AL Championship Series.

In their statement, the Astros revealed subsequent interviews were directed at specific reporters.

The Astros apologized to reporter Stephanie Apstein and Sports Illustrated for Taubman's comments.