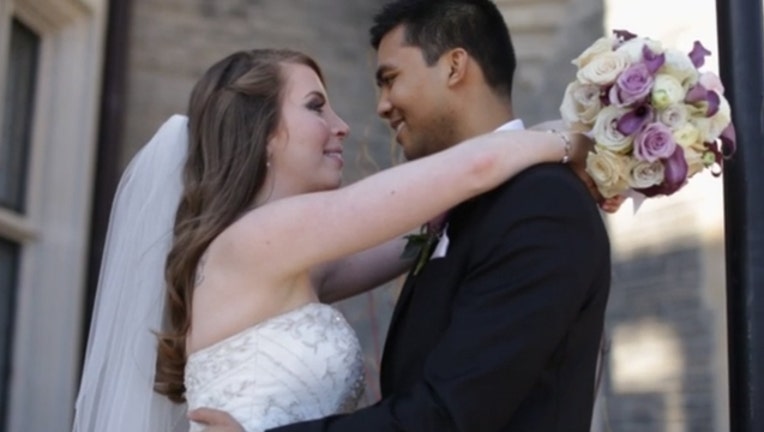 (WJBK) - Jenn Carter and Solomon Chau were inseparable from the moment they met. The couple met at Solomon’s 19th Birthday party, and instantly hit it off. Fast forward seven years, and the two celebrated their dream wedding. But, unfortunately, it was just several days after doctors told Solomon he only had several months to live.

Months before the wedding, Solomon was diagnosed with liver cancer, which eventually spread.

Doctors predicted that he wouldn’t survive very long, but he consistently proved them wrong, staying positive throughout the experience.

But there was one thing Chau wanted to do, regardless of his diagnosis. He wanted to marry Jenn Carter.

So, friends of the pair took to social media, creating a GoFundMe page to raise money for their dream wedding. The page raised tens of thousands of dollars, and the couple was married at Casa Loma- just weeks after learning Chau’s cancer had spread.

Here's a highlight video of their special day.

A mere 128 days after his wedding, sadly, Chau passed away in his sleep.

“Every girl dreams of growing up to marry a Solomon Chau,” says Jenn. “It feels great to see that everyone loved him just as much as I did.”

Before his death, Solomon told his wife to cherish her life, worried that his death might bring her down.

“The way that his cancer was, he was in a lot of pain in his shoulders,” said Nunn. “But I’m telling you that he was standing tall when he married Jenn.”