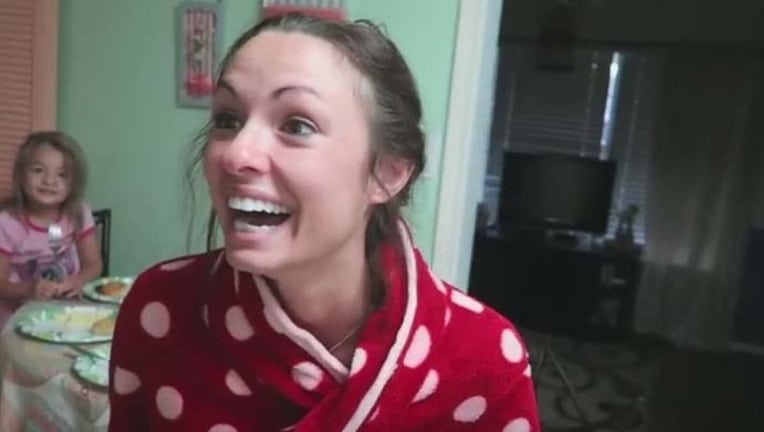 (WJBK) - Women usually break the news to their significant others when they find out they’re pregnant, but a Texas man recently got the honor of surprising his wife with the big news. And, of course, it's all on an adorable YouTube video.

The man, a vlogger named Sam, recorded and posted a nearly eight-minute video on Wednesday showing how he managed to pull off the surprise.

In the video, Sam goes into a bathroom at his home and says that he suspects his wife, Nia, might be pregnant. He then adds a sample of Nia’s urine to a pregnancy test and is thrilled when he sees that the test results are positive.

He proceeds to tell Nia and the couple’s two children.

Nia doesn’t believe him at first and thinks he’s joking, but when he tells her about the pregnancy test, she and the kids’ reactions are priceless.