MADISON HEIGHTS, Mich. (FOX 2) - Health officials are monitoring the chemical spill on I-696 very closed Monday morning, concerned the rain mixing with the green ooze could have a negative impact on the environment.

The spill came from a contaminated business in Madison Heights that leached Chromium-6 and other chemicals onto the roadway near Couzens on Dec. 20 and into its underground drainage system. Now with the rain we've been getting, Macomb County Public Works Commissioner Candice Miller is concerned the chemical could seep even further into the ground and eventually reach our lakes.

Crews could be seen at times at the site of the leaking chemical along I-696 in Oakland County over the weekend.

Authorities with the Michigan Department of Environment, Great Lakes, and Energy (EGLE) have said the chemical is not a threat to the drinking water in the area, but Miller said on Sunday she believes those authorities didn't follow through with the initial clean up.

"It is clear from the current situation that either the federal EPA or the state EGLE did not adequately follow through with the initial clean up. Both agencies need to ensure that this clean up is done right, to ensure the safety of the surrounding community and to ensure this material does not enter the lake," Miller said in a statement. "The reality is, we don't know how long these chemicals are leaking and so we don't know where they may have traveled. But we know it has to stop now. EGLE and EPA have to step up to protect our communities and our lake."

Crews have tested the substance and confirmed it is cancer-causing, but said it's not an imminent danger to the public. 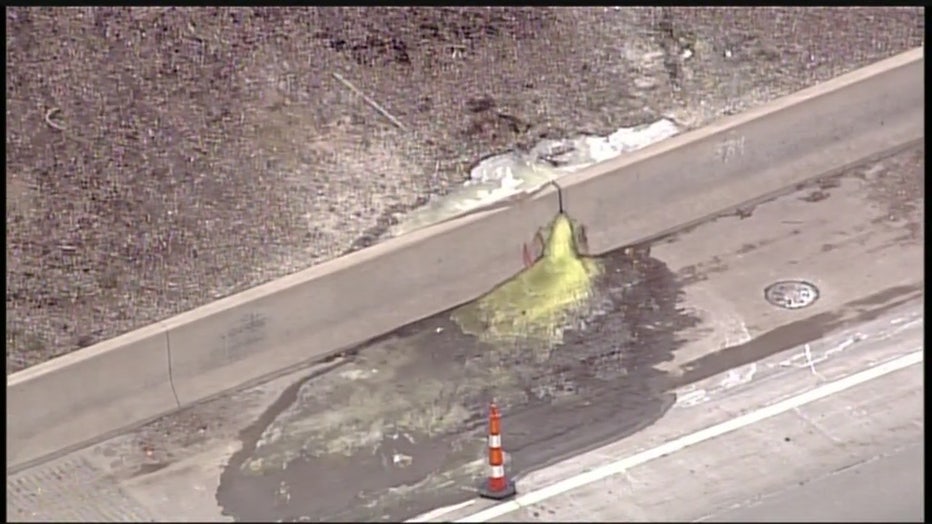 The Monday following the spill, on Dec. 23, officials confirmed the chemical was no longer leaking.

The U.S. Environmental Protection Agency is expected to make dozens of soil borings at the former Electro-Plating Services.

The business has been closed down and condemned for some time already, and the owner of the company was also actually sentenced to prison for abuse of the environment with the chemicals.