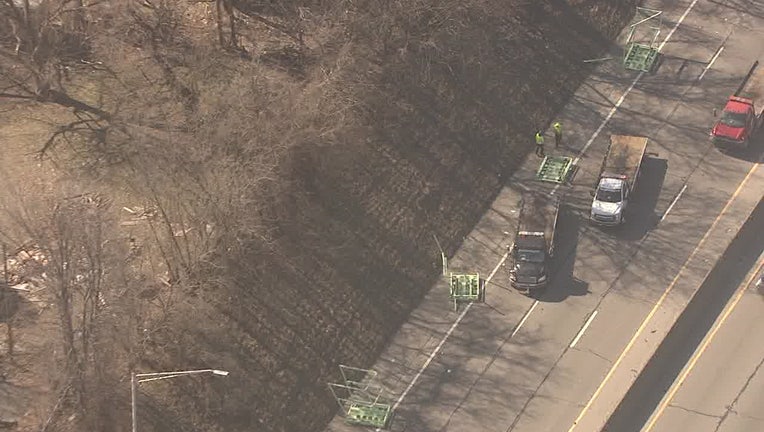 Crews are working to clean up the mess after a semi crashed into an overpass on I-94.

DETROIT (FOX 2) - Michigan State Police and the Michigan Department of Transportation are working a crash on I-94 between Conners and Chalmers after a semi crashed into an overpass and lost its load on the highway.

Crews were called to eastbound I-94 around 11:30 Friday morning for the crash that has narrowed the three-lane highway to just one lane.

Video from the sky showed a semi parked on the side of the road and several metal structures laying on the shoulder. A minivan is on the median next to the cement barricade with damage to the front end. It's not known if this car was involved.

MSP cars were blocking the two right lanes, forcing traffic to merge into the left lane while trucks worked to clean up the debris.

Traffic is stop-and-go starting at French Road and drivers are urged to find another route.

Check the latest traffic by downloading the FOX 2 News app and tapping on traffic. 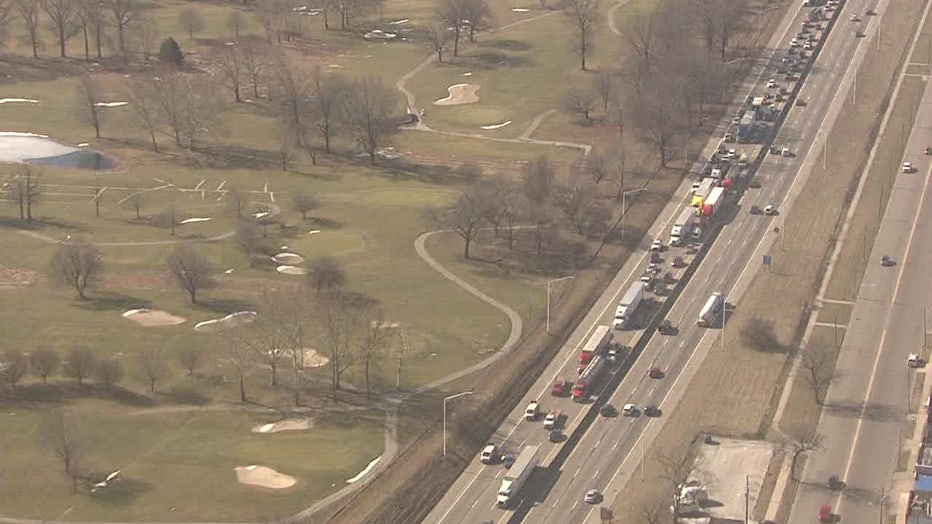 Traffic on EB I-94 is backed up starting at French Road.