"It just makes me mad that it was negligence and just greed essentially," said resident Sam Green.

Hidden inside what was believed to be an apartment under renovation was an illegal marijuana grow operation which allegedly belonged to the owner of the building.

Hidden inside what was believed to be an apartment under renovation was an illegal marijuana grow operation which allegedly belonged to the owner of the building.

Lights found littered throughout the debris may be to blame. Residents say they had no idea.

"If they are growing weed they should have told us," said Nina, a resident. "I mean I know weed is legal but hundreds of plants - I am assuming there was that many -  because you can see up here that the entire roof is gone, and it is really frustrating that no fire alarms were going off."

Nina says she woke up around 5 a.m. Monday to the smell of smoke, grabbed her cat and dog, and luckily escaped in time. Others woke up thanks to residents going door to door, to make sure everyone made it outside.

"Someone knocked on the door this morning and I opened my bedroom and there were firemen outside my window trying to climb on in, it was pretty chaotic," Green said.

The clean-up has since begun. Many Wayne State University students lived there.

Nina says her classes were cancelled and her fellow graduate students spent the day trying to help her salvage what she can.

"I have all of these wonderful people I have only known six months, helping me pack up stuff into a U-Haul - and it is really moving and touching," Nina said. "But it has been very frustrating to be homeless and to basically lose everything you own."

On top of that, tenants have been told they won't be able to move back for six months to a year.

Tom Kmiek from Jarvis Property Restoration, says his crews are working to stabilize the building but the damage is extensive.

The Detroit Group who owns the building, sent out an email to tenants offering temporary housing with help from The Red Cross.

But tenants like Nina want more than that, including her deposit, which they have yet to hear anything about.

"Mine was one of the worst affected because it was right below," Nina said. "Everything is done."

FOX 2 found that the owner of the building is a licensed marijuana caregiver, but sources say the grow operation was illegal. 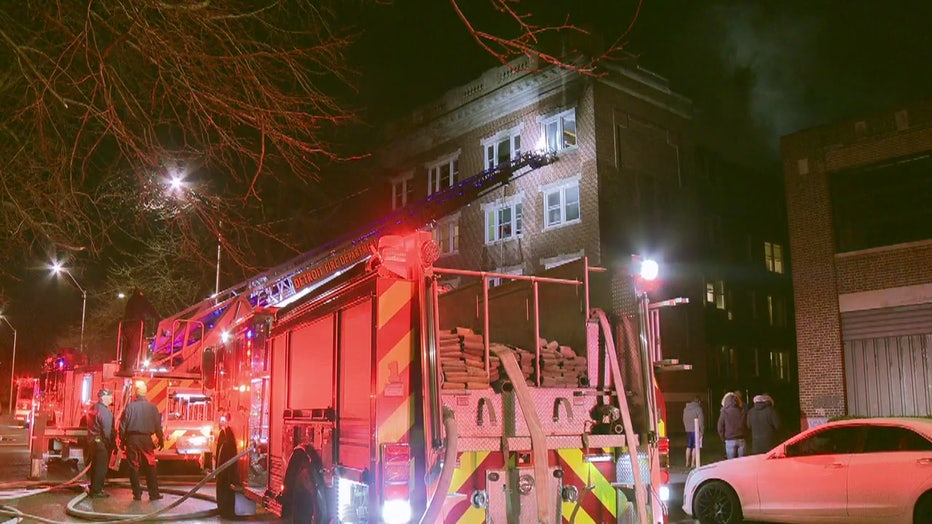