TROY, Mich. (FOX 2) -  A local woman thought she got a job and instead she got scammed using an online job search site.

"She called the company, they said they weren't hiring for the position and that's when she realized it was a scam," said Capt. Josh Jones, Troy police.

Personal information was turned over to a scammer posing as an HR employee from a Troy company.

A young woman was looking to move back home to Troy, used Indeed.com - a job search site, to secure employment before the move.  She saw a listing for a data entry clerk at a CPA firm, she applied and got a virtual interview.

"At the end of the interview the person that was speaking with her, said you got the job we just need to set you up with payroll, we just need a bunch of your payroll," said Jones.

Jones says in the moment while excited, she gave out her Social Security Number and more. But her suspicions came too late.

After a call to the CPA firm, she learned they weren’t hiring for the position at all.

"This is a young victim that didn't really do anything wrong she just got caught up in a scam," Jones said.

Troy police are unable to figure out who these con artists are. They say these cases are hard to solve.

"It's a huge challenge for any local police department to investigate any crime that is happening in a different state or country," he said. 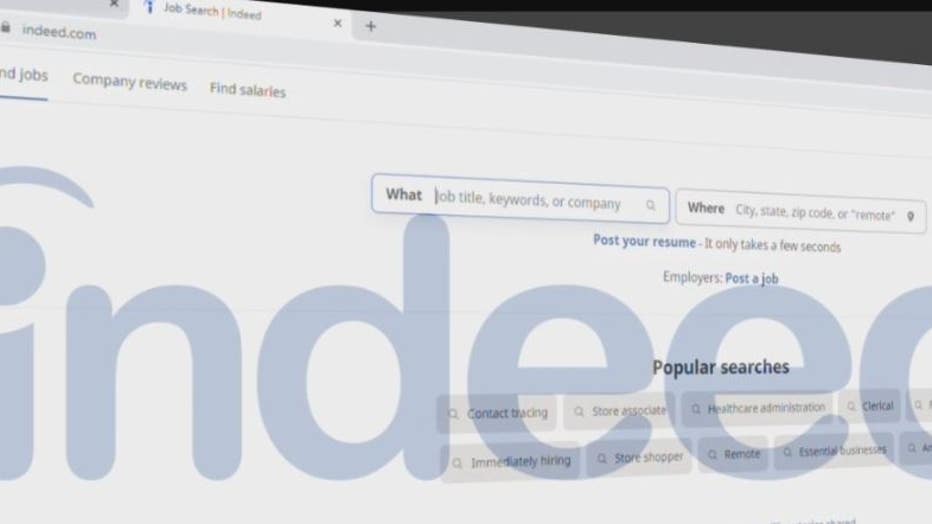 "It should raise a big red flag when during an interview that you're offered a job and then asked for personal information - especially in an online interview," he said.

In a covid world where everything is online now, police say it should serve as a warning.

"In general, just be very protective of your personal information," Jones said.