ST. CLAIR SHORES, Mich. (FOX 2) - This is the aftermath of the boat fire in St. Clair Shores.

Authorities are still finding the underlying cause of a boat fire that happened around 8:15 p.m. Tuesday.

One of the flaming boats in St. Clair Shores belongs to Kirk Gibson

Authorities are still getting to the bottom of a boat fire which happened around 8:15 p.m. Tuesday night

"Right away the witnesses in the building reported they heard kind of a whoosh and then saw a fireball," said Chief James Piper, St. Clair Shores Fire Dept.

Authorities say the men bailed-jumping off the ship, swimming to shore, and then taking off running. Meanwhile, their boat was drifting and still very much on fire.

"The problem was directly across from the gas dock, there was another pretty large boat," Piper said. "It was fully engulfed in flames right away. It came in contact with the other boat and caught that one on fire."

Piper says the marina owns that boat, but FOX 2 Sports' Jennifer Hammond confirmed it belongs to Tigers great and color commentator Kirk Gibson. Thankfully, no one was on it when it caught fire. 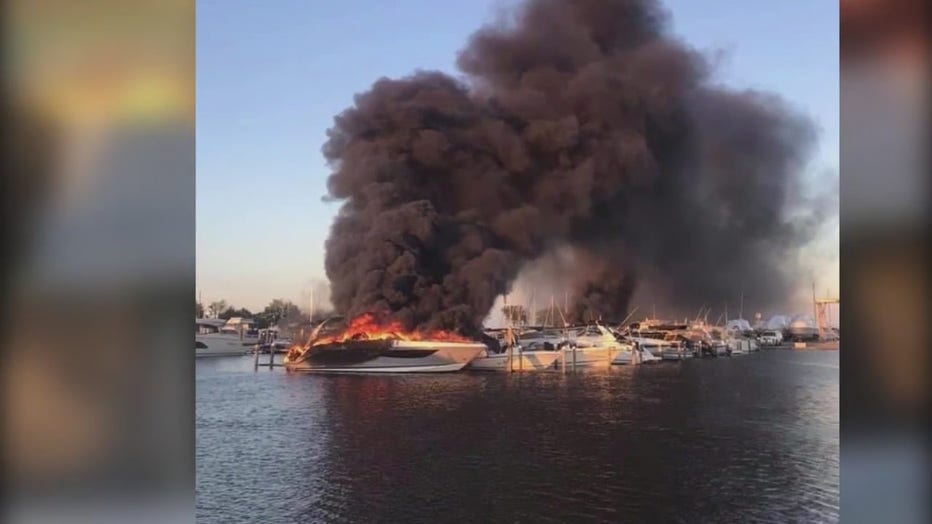 Soderberg works at the gas dock where the men fueled the boat that first caught fire.

"I saw about five police cars, fire trucks, everyone (was) down here. All the fire and the boats, and they were hosing it down," he said.

The fire department used a draft hose to turn the lake into a hydrant as they fought back flames. The wind worked against them and it took roughly 30 minutes for firefighters to get the blaze under control.

Right now, it is unclear how the fire started.

"That's partly we would love to talk with the two gentlemen who were on the boat initially," Piper said. "But right now at this point, it's just all speculation. I mean they had just filled up, but anything from mechanical issues to anything, it's just too early to tell without talking to the people directly involved."

The Macomb County Sheriff's Office is taking the lead in this investigation. 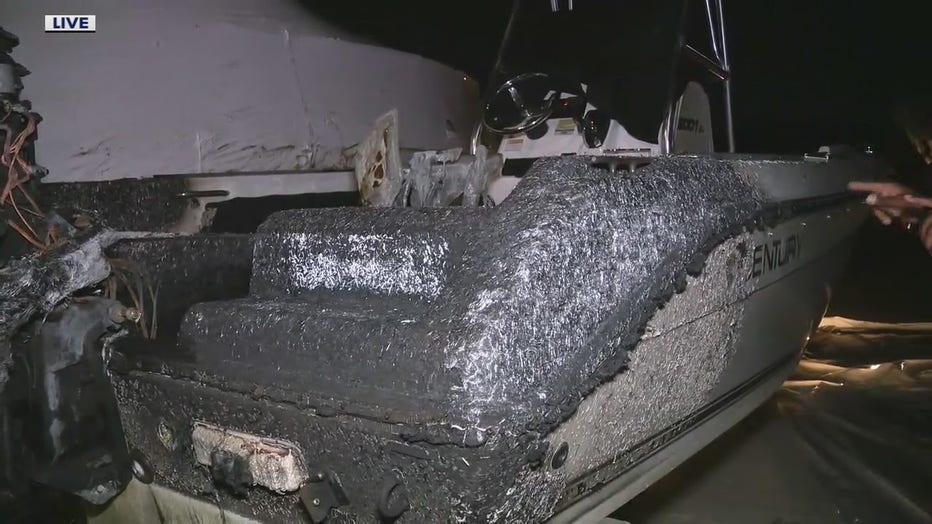