Half of the field of the Michigan GOP's for governor are being recommended to be disqualified in the race for governor - all because of an alleged collection of 65,000 fake signatures.

LANSING, Mich. (FOX 2) - Former Detroit Police Chief James Craig was one of five Republicans hopeful to win the GOP bid for election against Governor Gretchen Whitmer who was recommended to be disqualified from the August primary after they allegedly turned in fraudulent petition signatures to get on the ballot. But they're not going down without a fight.

That's half of the field.

Norm Shinkle, the Republican chair of the board that will hold a hearing on these charges this week, says he's willing to listen to what those candidates have to say, but advises them, this is what they have to prove.

"They have to say the review was improper and that these signatures are not fraudulent, they are valid," Shinkle said.

Johnson argues that the state not only made a mistake, they didn't 'have right to do it: "the state had no right to void alleged forgers...they are refusing to count thousands of legitimate signatures."

Mr. Johnson pledges to fight this at the board and in the court.

Craig likely doesn't have the money to fight in the courts but he contends somebody wanted him out of this race.

"I can't prove anything right now but I'm going to get to the bottom of it because they wanted me out," he said.

Michigan State Police Captain Mike Brown is out of the race saying he wants nothing to do with fraudulent petition collectors.

Mark Brewer is one of the democratic lawyers who blew the whistle  and if some candidates think they can get these charges dismissed..he has said..

"This process is so ripe with forgery and fraud, there is no way that Craig gets on the ballot," Brewer said.

The other two facing removal from the ticket, Mike Markey and Donna Brandenburg...has said nothing so far.

Many in Lansing believe Governor Gretchen Whitmer is the real winner  as two of her main competitors in Craig and Johnson may be off the ballot.

Lt. Governor Garlin Gilchrist declined to speculate on the political fallout but he does say someone should be responsible.

"I think it's certainly unfortunate and I think that people who broke the law should certainly be held accountable," Gilchrist said.

Shinkle says someone should pay for this.

"More than somebody. there's a whole lot of people here that are involved in this.

All told, 36 petition circulators allegedly turned in 68,000 phony names. A hearing on all of this is set for Thursday. 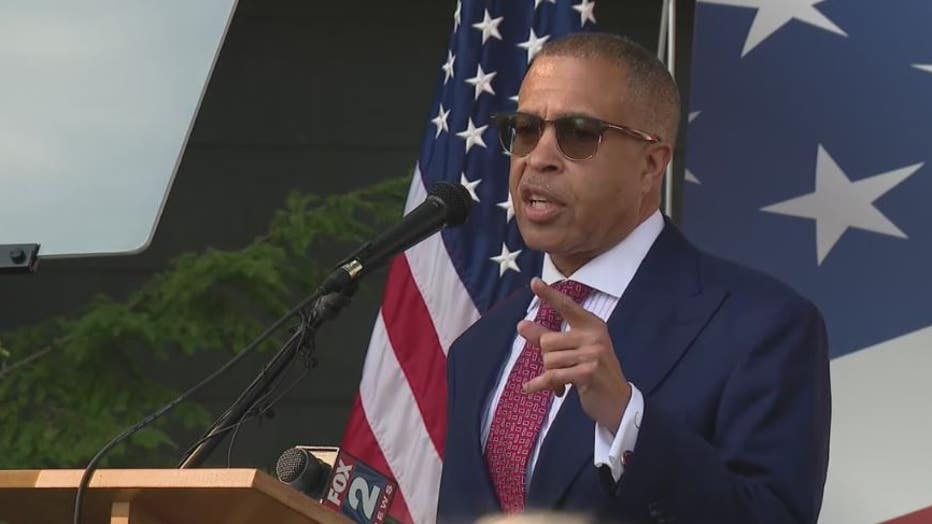