The last time the three were all in Detroit, they were at each other's throats at a debate last year. Tonight former rivals Booker and Harris both echoed the message that Biden is the only one who can beat Donald Trump.

"When you put the kind of fight and work that you have always put into investing in the future of America, we will elect Joe Biden as the next president of the United States," Harris said.

"Now at this moment there is so much fear in the country," Biden said. "When we have a circumstance where American leadership is called into question, we need honest, trusted, truthful, reassuring leadership. That's what - if I am given the honor of being president - I promise I will provide to the nation and the world."

Biden's rally was stopped with protesters, first holding NAFTA banners up, while the second group appeared to be backers of the Green New Deal. 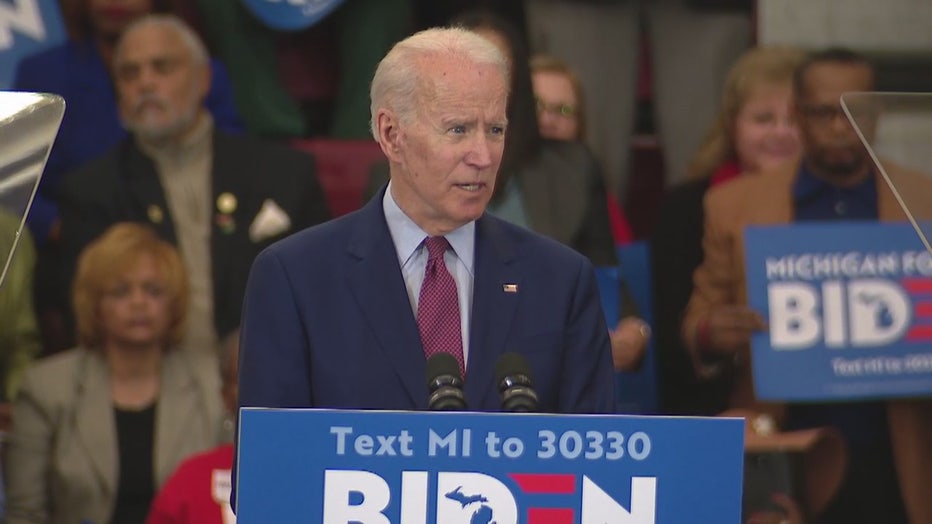