DETROIT (FOX 2) - Republican challenger John James is refusing to accept defeat to Gary Peters in the race for Michigan's Senate seat, despite the race being called by multiple outlets.

James issued a statement Thursday afternoon, almost 24 hours after the race for Senate was called by the Associated Press, saying that he has concerns about cheating.

Sen. Gary Peters did not mince words as he arrived to a press conference triumphantly on his motorcycle today. Peters won his contentious Senate race over Republican John James and chided his comments requesting an investigation into the election results.

"While Senator Peters is currently ahead, I have deep concerns that millions of Michiganders may have been disenfranchised by a dishonest few who cheat," James said in a statement.

Riding into his victory speech on a motorcycle Thursday, Sen.  Gary Peters thanked supporters the morning after the race was called for him by the Associated Press. The margin of victory was closer than polls suggested following national trends in which Republican performances were underestimated.

Peters preached unity and blasted claims by the James' camp's election questions about the integrity of the vote. James, like many Republicans, watched sizeable leads dry up overnight due to large blocks of mail-in Democratic heavy ballot returns.

"Now more than ever we have to come together as a country," he said.

Peters took the opportunity to blast James in his victory press appearance Thursday, after being told James refused to concede.

"It is sad and it is pathetic," Peters said after guffawing. "They lost. It is very clear. Just count the votes. That is the bottom line. We look at the votes." 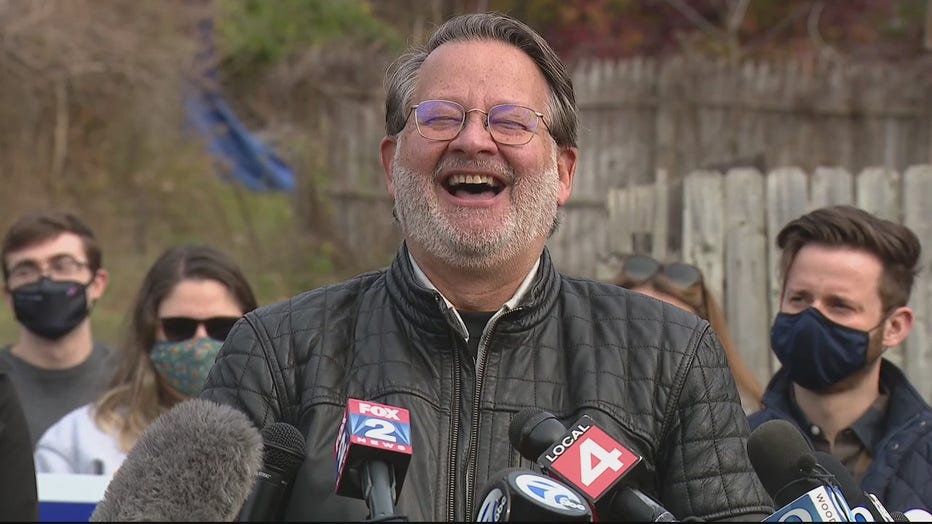 Earlier in the day on Thursday, Peters spoke about winning the nomination, which was called Wednesday evening.

What cheating he's referring to is not known, however, James jumped out to a big lead on election night only to see it evaporate. An advisor to James, Stu Sandler, said the campaign is "keeping their options open" regarding possible litigation.

"When we heard that there were 5.2 million votes and John James won, we accepted the victory. At that point, additional votes got added, there was a lack of integrity and that's when we started to realize there was a lack of a challenge to the process. Then we heard about 35,000 votes that came in through a pallet. These all are the irregularities that added up through the day," Sandler said.

Secretary of State Jocelyn Benson said the claims were unsubstantiated.

"Truly, we had a transparent counting process from the beginning," she said. "Not just in Detroit, but all across the state. Transparency is critical and to ensure that the public has well-placed faith in our Democratic processes."

James said on Thursday that when the process is complete and the votes are verified he would accept the results. 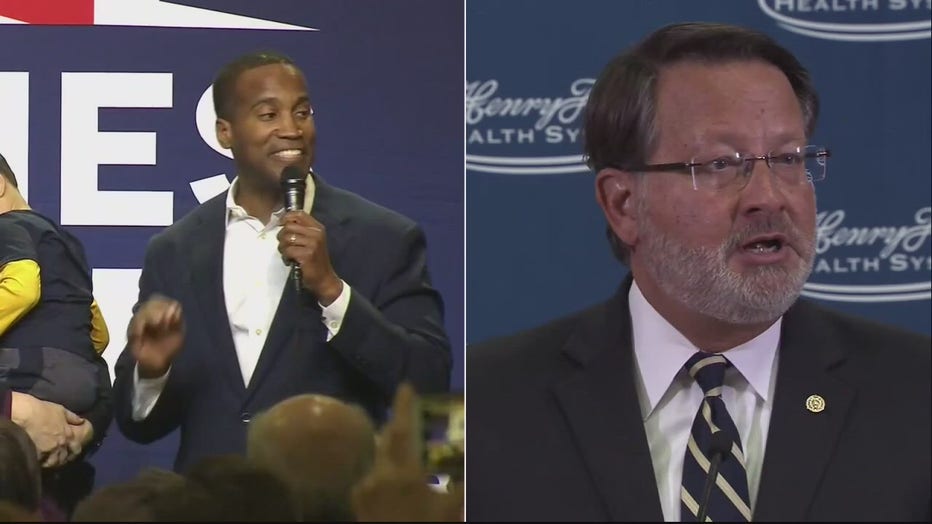 "When this process is complete, I will of course accept the results and the will of the people, but at this time there is enough credible evidence to warrant an investigation to ensure that elections were conducted in a transparent, legal, and fair manner," he said.

With 100% of the vote in, Peters has been declared the winner by a little more than 1.5 points.