BELLAIRE, Mich. - A judge said a man can take forensic images of election equipment in a northern Michigan county that had problems with vote totals for Joe Biden and President Donald Trump.

But the order makes no mention of Antrim County’s presidential results, which were corrected and ended in Trump’s favor. Instead, resident William Bailey seems concerned about the vote on a marijuana proposal in the village of Central Lake. 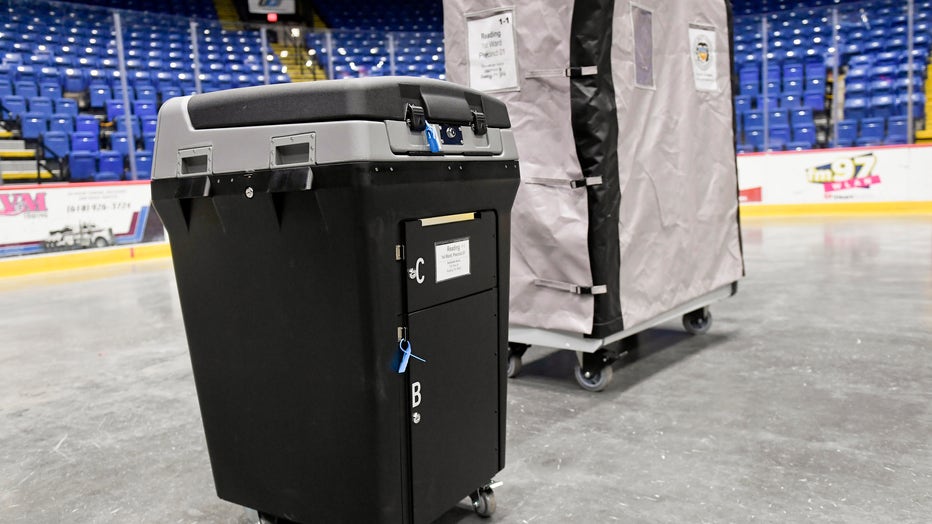 Reading, PA - November 2: Voting machines that will be used in the election. At the Santander Arena in Reading, PA Monday afternoon November 2, 2020 where workers were setting up for election day. Four voter precincts will vote in the arena this elec

An ordinance to allow a marijuana retailer was tied, 262-262, which means a loss. But when ballots were counted again, the proposal passed by one vote. Bailey alleged that three ballots damaged during the retabulation weren’t included in the revised result.

Bailey “is entitled to have his vote counted and the (county) has a duty to maintain an accurate and secure election,” Judge Kevin Elsenheimer said Friday.

The forensic imaging was underway Sunday with many observers, including lawyers and a member of the sheriff’s department, county spokesman Jeremy Scott said.

“Transparency in this and all of our work has always been a top priority for us,” said Sheryl Guy, the county clerk.

Immediately after the Nov. 3 election, the county reported that Biden had won the local vote in an area that typically goes Republican. But Trump was subsequently declared the winner, and the mistake was attributed to human error, not equipment problems.