Viewers can watch anything from retro TV shows to Hollywood blockbusters, all completely free.

Looking for something to do in lieu of celebrating with your gal pals in person on Galentine’s Day? Tubi can help keep you entertained with free movies featuring strong women and the friends who lift them up.

Poehler’s character declared, "Every Feb. 13, my lady friends and I leave our husbands and our boyfriends at home, and we just come and kick it, breakfast-style. Ladies celebrating ladies. It’s like Lilith Fair, minus the angst. Plus frittatas."

It became a cultural movement of sorts — much like the famed "Festivus" holiday, coined by Frank Costanza from "Seinfeld" — but with better food and less aggression. 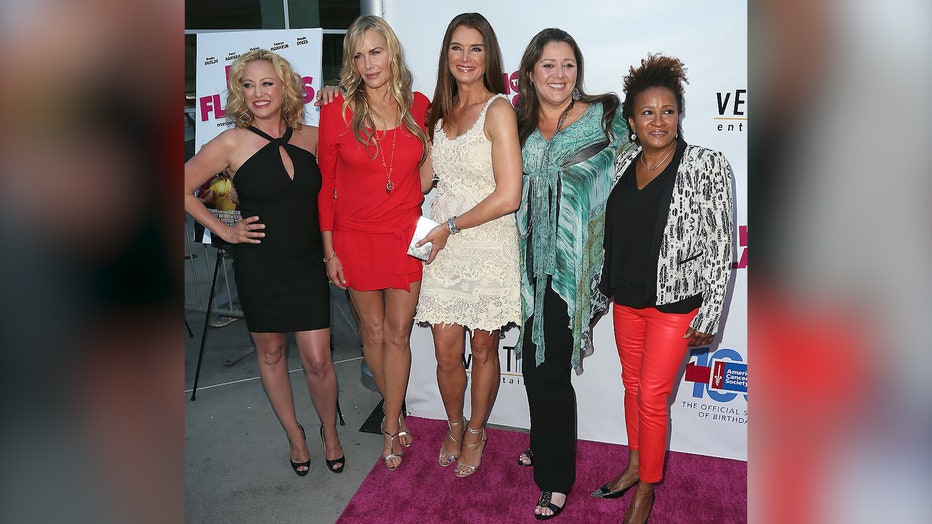 RELATED: Love stories, action, romcoms: These movies are perfect for Valentine’s Day — and free to stream on Tubi

But this year, amid an ongoing pandemic, those in-person plans will have to be canceled. But the day is not lost: Tubi is offering an array of titles featuring female friendship — ranging from action, to comedy, to drama — to help celebrate at home and for free.

Gang of Roses (2003) starring Monica Calhoun, Stacey Dash, Lisa Raye, Lil Kim and Marie Matiko: "The fierce head of an all-female former gang that broke up gets them in the saddle again to hunt down treasure and avenge her sister’s death."

DOA: Dead or Alive (2005) starring Natassia Malthe, Holly Valance, Jaime Pressly and Devon Aoki: "The plot revolves around four female fighters who begin as rivals, but subsequently find themselves teaming up against another force."

Return to Savage Beach (1998) starring Julie Strain, Rodrigo Obregón, Julie K. Smith and Shae Marks: "When a floppy disk containing the whereabouts of a mythical Island treasure is stolen, a team of covert female agents race against time to find it."

Mercenaries (2013) starring Zoe Bell, Vivica A Fox, Kristanna Loken, Brigitte Nielsen, Cynthia Rothrock and Nicole Bilderback: "When a visiting dignitary is captured and imprisoned while touring a war zone, a team of elite female commandoes is assembled to infiltrate the women's prison and rescue her."

Hooded Angels (2002) starring Amanda Donohue, Steven Bauer, Chantell Stander, Paul Johansson and Gary Busey: "Two female vigilantes on the run in the Civil War are chased by the law as an enforcer must choose between his love for one or bring her to justice."

10: The Secret Mission (2017) starring Karenina Maria, Jeremy Thomas, Gibran Marten, Svitlana Zavialova and Hans de Kraker: "When the daughter of the U.S. ambassador is held hostage, a high-octane team of female mercenaries race to bring the girl back alive."

The Arena (1974) starring Pam Grier, Margaret Markov, Lucretia Love and Daniele Vargas: "In ancient Rome, interest in gladiator contests is revived when female challengers are introduced into the arena for fierce battles."

RELATED: ‘The Great North’: Watch these Alaskan movies on Tubi before the premiere of FOX’s new animated series

Revenge Ride (2020) starring Serinda Swan, Diego Boneta, Pollyanna McIntosh, Jake Lockett and Vanessa Dubasso: "After a young woman is drugged and attacked, a ruthless all-female motorcycle gang decides to get revenge on the men behind the crime."

Tubi has over 26,000 movies and TV shows from nearly every major Hollywood studio. Tubi is available on a wide array of devices, including Roku, Comcast Xfinity, Amazon Fire TV, and more. Head to tubi.tv.com or the app store to watch.

The Associated Press and FOX News contributed to this report. This station is owned by the FOX Corporation.