DETROIT (FOX 2) - Authorities are investigating after a body was found in the backyard of a home on Vermont Street on Detroit's west side Thursday morning.

Right now it's believed that a contractor doing landscaping at the property died after being attacked and stung by either bees or wasps.

Police investigating after body found in backyard of Detroit home

Police are investigating after a body was found in the backyard of a home on Vermont Street in Detroit, where it's believed the man was stung to death.

"This is not something you expect to happen on your day-to-day business," said realtor Tom Ball. He's selling the house for an out-of-state client and was able to piece together what happened by talking to neighbors.

"Your reaction in the situation [is], obviously something bad had happened so the first thing you do is call police because we didn't know what had happened at that point in time. We just saw there was somebody in the backyard," Ball said.

The homeowner had hired a landscaper to do yard work on Tuesday afternoon.

"He was trimming the hedges and all of a sudden it was pretty obvious that he had bumped into a wasps or a hornets nest and he was waving them around and was running away from where it was happening," Ball said.

A neighbor assumed the man ran to get help but now it is believed that he ran into the backyard, where his body was found two days later.

"That's the worst thing. His family, his friends, his loved ones wondering where he is and this is where he was and nobody knew," Ball said.

It's presumed he was stung to death by some kind of insect. 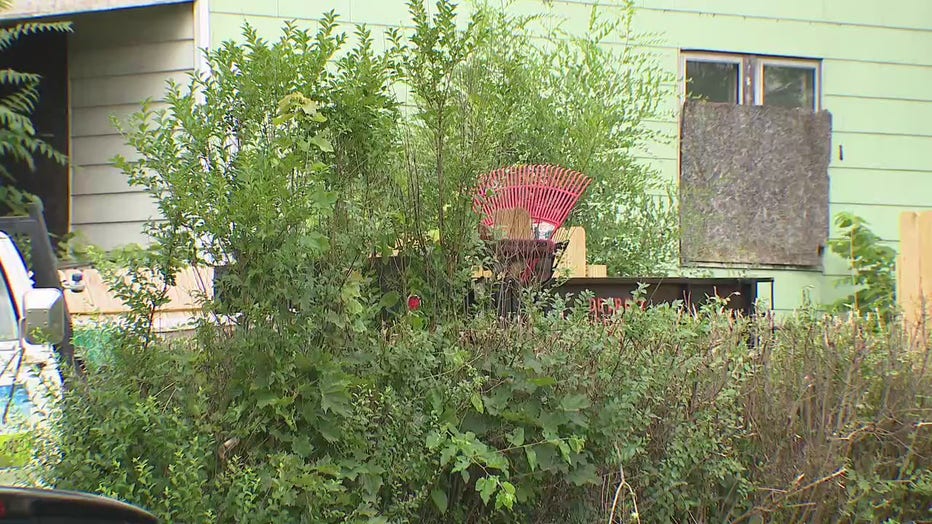 Police aren't releasing the victim's identity. An autopsy will reveal the exact cause of death.