DEARBORN, Mich. (FOX 2) - A new complaint accuses the University of Michigan Dearborn of trying to hide a sexual assault involving a student and a professor.

But it's a police officer who had knowledge of the alleged incident that is now suing the university.

A new complaint accuses the University of Michigan Dearborn of trying hide a sexual assault involving a student and a professor.

"It was just a sense of, 'I was just trying to do the right thing by students and the university and now I'm the one being punished,'" said Deborah Gordon.

A U of M Dearborn cop is suing the university saying the school retaliated against him for revealing what he calls a cover up of a sex crime - in which a professor took advantage of a student.

"It's literally your classic quid pro quo, I'll give you're a better grade if you perform a sex act and he admits it," Gordon said.

It all started back on March 1, 2019 when a student showed up at St. Joseph Mercy Hospital in Ypsilanti alleging her professor sexually assaulted her in his office.

U of M-Dearborn and university police began investigating immediately after, but Ashford raised concerns about how they went about it.

"He was involved in the very first attempt to look into this," Gordon said. "And right off the get-go he was not happy about how the university was handling it. He thought it could have been more professionally investigated."

Gordon says police lied about when they sent a warrant package to prosecutors indicating the case was closed - when it was not - and that the school allowed Stasser to resign with a clean record.

"I do know this that we have another case against the University of Michigan where they did not take any action with regard to a faculty member and we have other information about faculty members who have not been properly investigated."

Ashford sent an anonymous letter to the school’s board of regents about the investigation and even contacted the Detroit News. He was later suspended 10 days without pay. Gordon says it was retaliation.

"Once he got the discipline he was told, 'Listen, higher-ups recommended you be terminated and if it happens again, there will be worse consequences for you.'"

A spokesperson for U-M Dearborn says the university and police department launched an investigation into the student's allegations the day she went to the hospital on March 1st and the professor never returned to the classroom or campus.

He was suspended March 4th and resigned March 8th before either investigation was complete.

Ashford is still on the job at the school. A spokesperson said the University of Michigan Dearborn said it cannot comment on the lawsuit because the legal team has yet to review it - but added the investigation of the assault was above board. 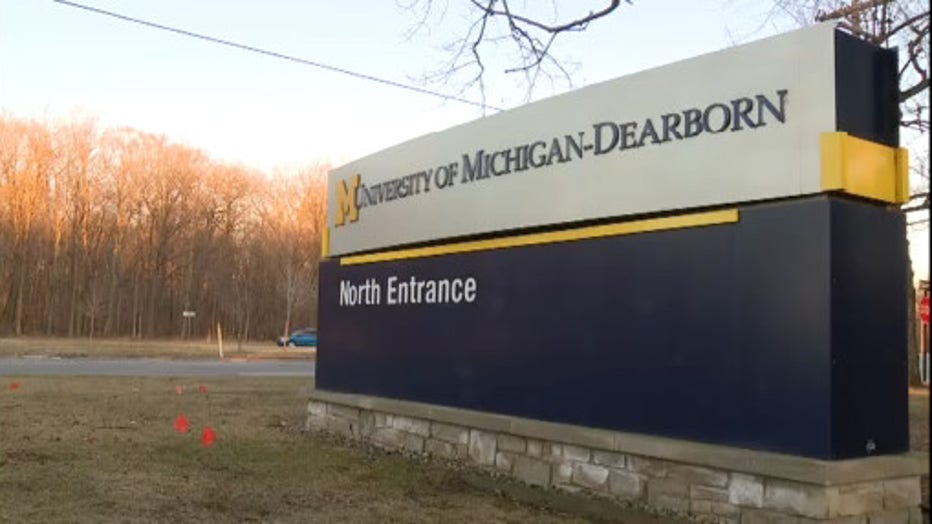