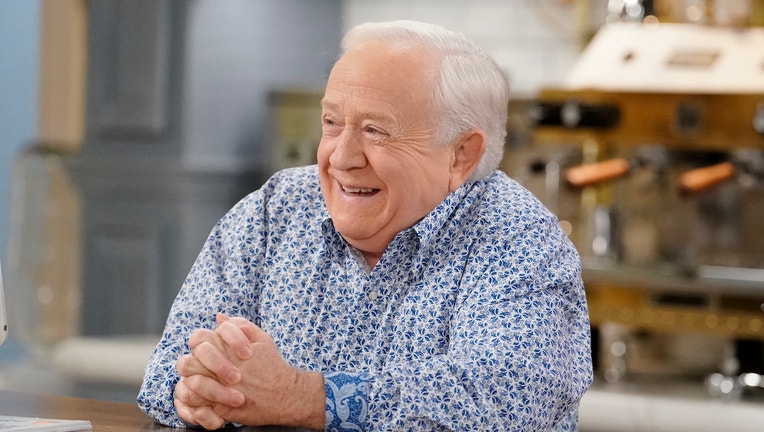 CHICAGO - "I’m a big believer in celebrating every moment."

When "Call Me Kat" aired a new episode on Oct. 27, the most important moment wasn’t something that happened in the story. Instead, it’s how the network chose to honor one member of its cast.

Leslie Jordan, who died in a car crash in Los Angeles on Oct. 24, played "Phil" in the FOX sitcom — one of many memorable roles he made unforgettable on television, on stage and in films like "The Help."

Nor was "Kat" the only FOX series on which Jordan made his mark: The charismatic actor/writer/producer also anchored the 2018 sitcom "The Cool Kids," charmed audiences with and without a mask on "The Masked Singer" and turned up with a smile in shows like "LEGO Masters," "The Great North," "Fantasy Island" and "FOX's New Year's Eve Toast & Roast 2021."

The network paid tribute to an artist who is "forever a part of the FOX family" with a touching montage celebrating his talents and ineffable charm. You can watch the video below.

Following news of the actor’s passing, "Call Me Kat" halted production on its third season. The Emmy-nominated series, which is based on Miranda Hart's beloved British sitcom "Miranda," premiered Sept. 29 on FOX.

Jordan, who snagged a 2006 Emmy Award for his scene-stealing work in "Will & Grace," was also known for his effervescent social media presence, which earned him a devoted following that skyrocketed in size during the 2020 COVID-19 pandemic. Other recent credits include several seasons of Ryan Murphy’s anthology series "American Horror Story", serving as a guest host on "The Talk," appearances on "RuPaul’s Drag Race" and "Drag Race" alum Trixie Mattel’s home renovation series "Trixie Motel," a visit to the "Grand Ole Opry" and a stint narrating the gay history series, "The Book of Queer."

"We are shocked and devastated by today’s tragic passing of Leslie Jordan. Leslie was far more than an Emmy Award-winning comedic talent with whom we’ve laughed alongside for all these years. He was the kindest person you could ever imagine who simply lit up a room and brought pure joy and huge smiles to millions of people around the world. The truest of Southern Gentlemen, Leslie carried an infectious exuberance, indelible sense of humor and, throughout, gifted us with countless fond memories that will last forever. As we grieve this sad news, we also wish to extend our most profound sympathies to Leslie’s family, friends and fans, whom he held so dear."

In an Instagram post, Jordan’s "Call Me Kat" co-star Mayim Bialik wrote that they "broke the mold when they made Leslie Jordan," calling him "a dear mentor and a beloved friend." Her post also included a statement on behalf of the cast and producers of "Kat":

"There aren't words to convey the loss we are experiencing as a cast and a 'Call Me Kat' family. Leslie Jordan was larger than life," the statement read. "He was a Southern gentleman; tender, wise, naughty and hilarious. We got to know and love him at the height of his happiness and joy and it is inconceivable to imagine a world without our Leslie: the man who would spit on his contact lenses before putting them in his eyes, the man who had a story about every man in Hollywood and some of the women as well, the man who lived to make people laugh. We will be taking time to grieve and to celebrate the many gifts Leslie gave to us and to the entire world and we appreciate privacy at this time."

WATCH FREE ON TUBI: Leslie Jordan in "Barb and Kendra Save the Tiger King" — get the app