Lightning forks across sky over Kalamazoo during severe thunderstorm watch

An incredibly display of lightning over the night sky was captured on camera. The video shows the lightning move over the sky in slow motion. Video credit is to Aaron Campbell via Storyful.

KALAMAZOO, Mich. (FOX 2) - Severe weather can be dangerous, but every once in a while it can also dazzle, as it did over the west Michigan sky this week.

A slow-motion video captured by an individual in Kalamazoo shows a crazy display of lightning traveling across the sky.

The video, which was filmed late night Tuesday, July 5, shows electricity forking over the sky, crawling through the clouds. At some points, it looks like the branches of a tree. 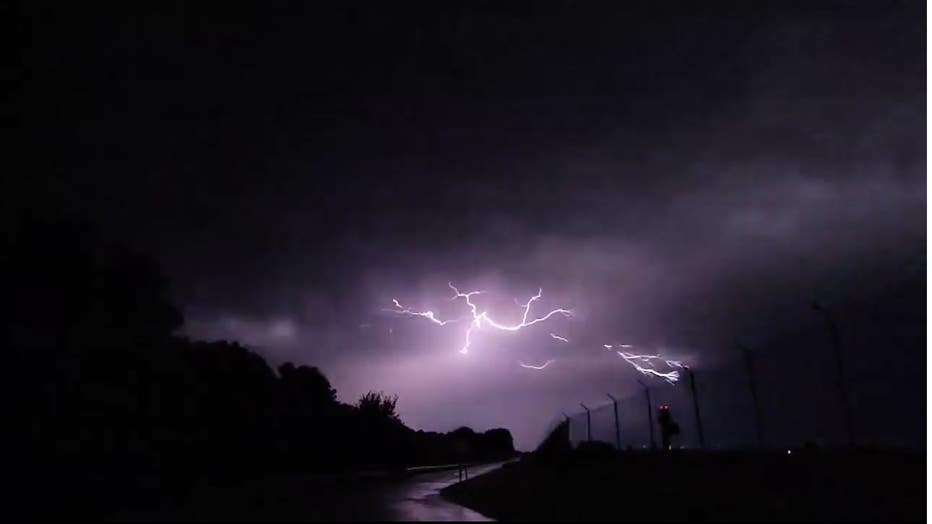 The lightning came after the National Weather Service issued a severe thunderstorm watch for the region last night.

READ NEXT: A new invasive worm threatening Michigan trees has been found in St. Clair County

The video was filmed by Aaron Campbell and was obtained by Storyful.