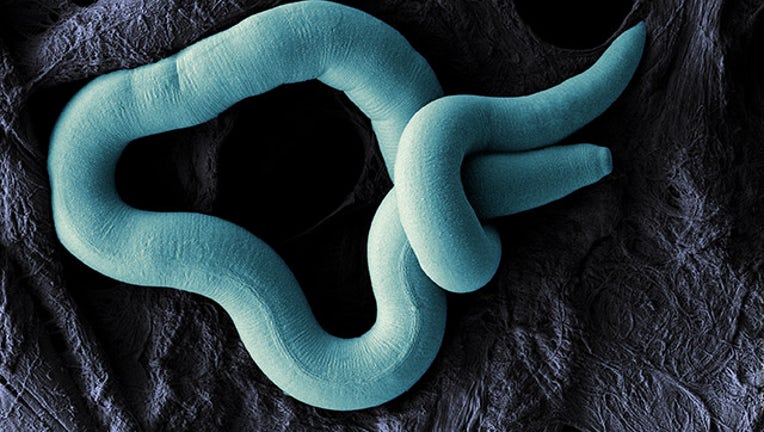 ST. CLAIR COUNTY, Mich. (FOX 2) - A microscopic worm known for devastating one of the Midwest's most common tree species has been detected in Michigan for the first time.

Beech Leaf Disease, which happens when a tiny nematode burrows itself in the leaf buds of trees for the winter, can damage the leaf tissue of American Beech tree species. The degradation can weaken the tree and make it more susceptible to other diseases.

That could be an issue for the 37 million beech trees located in Michigan. The emergence of the disease was first discovered in a private woodlot in southern St. Clair County.

More concerning is the lack of known treatments for the disease, which has the potential to spread throughout the region. The tree species, according to the Department of Natural Resources, is already suffering under the beech bark disease which can weaken the outer layer of the tree species.

The beech leaf disease was first suspected by landowners in St. Clair County when they noticed leaves on young beech trees that were stunted and had "odd-shaped leaves," the DNR said.

Their suspicions were later confirmed by the DNR and Michigan State University.

"Though beech leaf disease was detected this spring, the condition of the leaves and number of trees affected at this location suggest the disease has been there for more than a year," said Simeon Wright, DNR forest health specialist. "Because symptoms are slow to emerge, it is difficult to detect the disease before it is established.

Beech leaf disease was first detected in the U.S. in Ohio in 2012. Since then, land surveys have documented its movement around the country. It's discovery in Michigan raises the number of states it's been found in up to nine.,

The latest invasive species discovery raises the stakes for land managers and tree disease specialists, who know little about beech leaf disease. A DNR release says scientists are still unsure if the worm is the cause of the damage or carries the disease which hurts the tree. 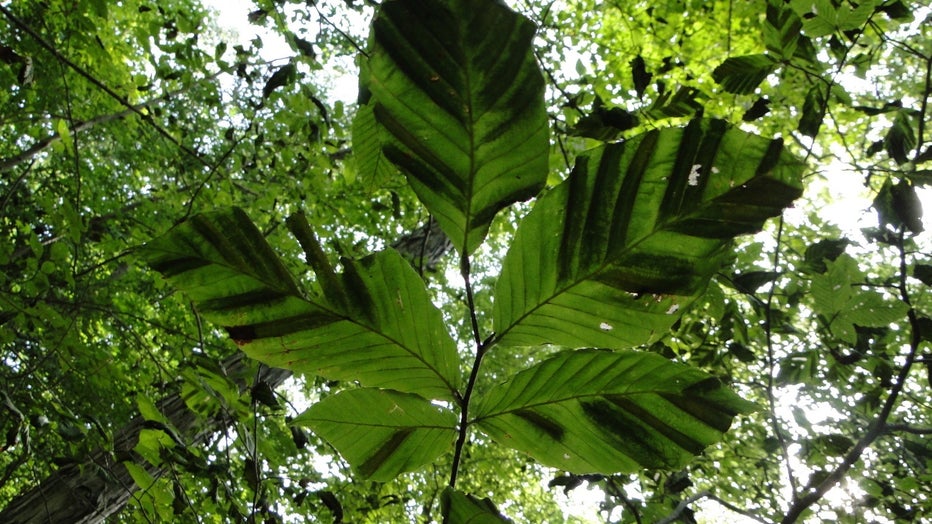 Beech leaf disease on a leaf. Photo via Michigan DNR.

"Because of this, we don’t yet know all the ways the disease might be spread, and currently there are no known treatments to protect trees or reduce disease impacts," Wright said. "State agencies are working with the U.S. Forest Service, several other states, Ontario and Michigan State University to better understand the disease and the potential effects it will have in Michigan’s forests."

READ NEXT: Michigan auctioning off thousands of acres across the state, includes lakefront and UP land

The arrival of beech leaf disease means the DNR will be asking the public to be extra vigilant when looking at damaged leaves. Symptoms of the leaves start with dead buds and darkened, tissue between the leaf veins. As the years go on, leaf curling will occur, further distorting the foliage. The leaves will eventually wither and turn yellow. Noticeable leaf loss can occur in early summer on heavily infested trees.

If residents spot what they think is evidence of the disease, they can contact the DNR Forest Health Division at DNR-FRD-Forest-Health@Michigan.gov or call 517-284-5895. They could also contact the Midwest Invasive Species Information Network.