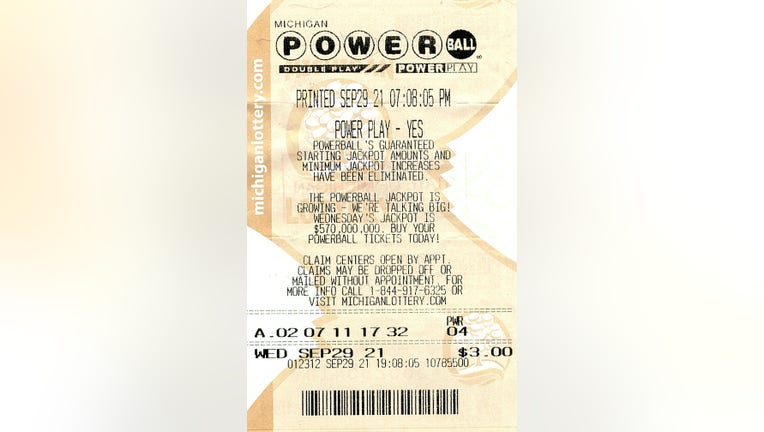 TAYLOR, Mich. (FOX 2) - A Taylor man told the Michigan Lottery that he felt like he was "living the American dream" after he claimed a $2 million prize from a Powerball drawing at the end of September.

"I like the Powerball game and play it frequently," said Biongo. "I checked my ticket at a retailer a few days after the drawing and got a message to visit a claim center, so I checked the winning numbers.

READ NEXT: Man dreams of winning lottery, wins $1M on Michigan scratch off

The 52-year-old man bought his ticket at the Mobil gas station on Pelham Road in Taylor. He visited Lottery headquarters in Lansing to claim his prize - after verifying it multiple times.

"When I saw I had matched five numbers and won $2 million, I didn’t believe it. I scanned my ticket at least 10 more times to be sure I had actually won."

Biongo plans to buy a new house and then invest what's left as he lives out the "American dream".

"Being from Africa originally, winning feels like I am truly living the American dream. It’s a dream come true," said Biongo.