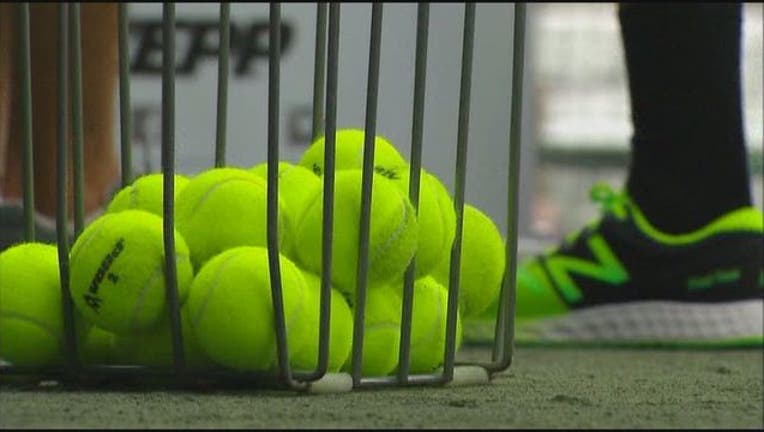 SARASOTA, Fla. (AP) - An outdoor professional tennis match in Florida came to a brief halt amid sounds of loud sex.

Frances Tiafoe was about to serve Mitchell Krueger during their Tuesday night match in the Sarasota Open when he paused and flashed a smile of disbelief over the sound of a woman moaning in pleasure. Broadcaster Mike Cation initially described the sounds as coming from someone playing a pornographic video in the stands, but later said they were coming from an apartment nearby.

Both players had fun with the situation while the crowd laughed. Kreuger hit a ball sharply in the direction of the sounds, and Tiafoe screamed, "It can't be that good!"

You can watch the exchange on a replay of the livestream from the match in the video player above. The exchange starts just before the 1 hr and 09 minute mark. Click here if you can't see the video.

Cation later saluted the responsible couple on Twitter, writing "Much love to the couple with the windows open across the way! Sounds like you guys had a good time!"

The two players poked fun at the noise again later on Twitter, asking each other if they were about to go viral. Cation chimed in that he thought for sure the sound was coming from Krueger's phone.