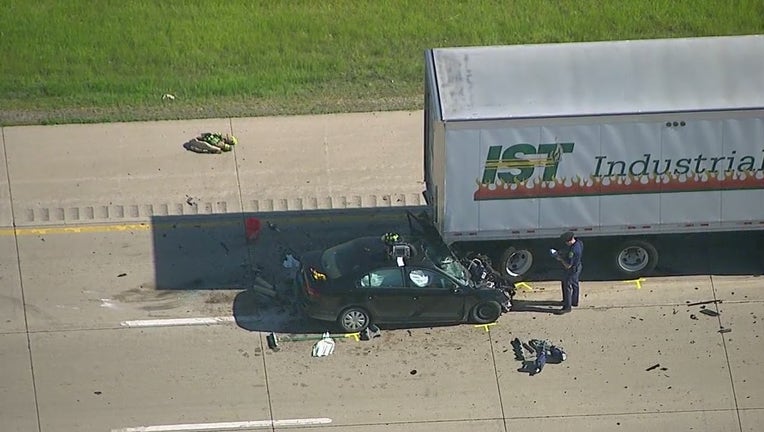 PLYMOUTH, Mich. (FOX 2) - A 37-year-old woman was killed in a crash on M-14 Friday when she rear-ended one vehicle before crashing into the back of a semi-truck trailer.

The crash, which happened near Beck in Plymouth Township, blocked all eastbound lanes around 8:30 a.m.

The accident happened as traffic was stopped or stopping for a construction zone with lane closures.

The driver that died was not wearing a seatbelt when she struck the passenger car. Police say she was traveling at a high rate of speed when she made impact.

Neither the driver in the passenger car nor the semi-truck were injured.

The highway reopened around 1:15 p.m.