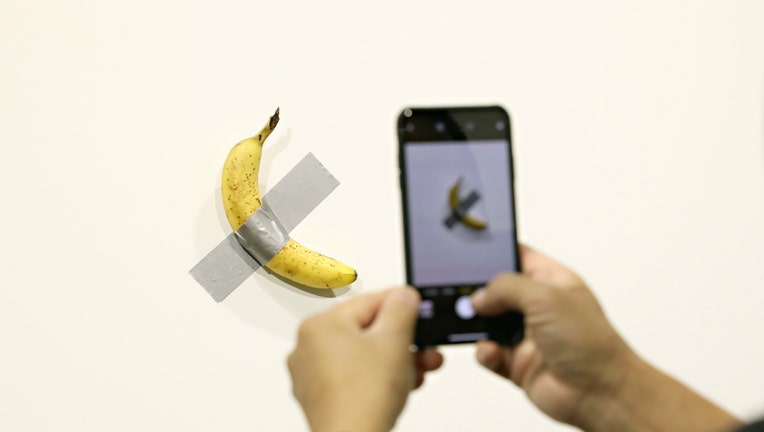 Maurizio Cattelan's "Comedian" presented by Perrotin Gallery and on view at Art Basel Miami 2019 at Miami Beach Convention Center on December 6, 2019 in Miami Beach, Florida. Two of the three editions of the piece, which feature a banana duct-taped t

The banana at Art Basel in Miami, Florida, was brown and aging when a man named David Datuna walked up, pulled it down, peeled it and ate it, TMZ reported.

Datuna was escorted by security to a private room, though he said he was not arrested.

The work of art was created by Maurizio Cattelan. It had been purchased by an art collector in France.