Mary Eatmon had a historic career as a Detroit bus driver where she served as the agency's first female superintendent. That was in the 70s. Now, at age 90, she's settling into retirement. But even retirees can still have a reason to return to work, even just for the day.

DETROIT - Based on the way Mary Eatmon looked back in the saddle of a Detroit city bus, it was clear she hadn't lost her touch.

"I remember the first time I got behind this thing and I looked and said ‘what kind of pedals are those?’" she recounted. It was one of many memories she revisited Sunday, as part of her birthday celebration a long time coming.

Eatmon drove a city bus for 20 years, during which, according to Mikel Oglesby, the executive director of transit for the city of Detroit, she was the city's first female superintendent and was among the first seven women to drive a DDOT bus.

"This isn’t just DDOT history but this is history for the city of Detroit," said Oglesby.

Oglesby was in attendance Sunday, hopping off a city bus with a shimmy, flowers, and some large cardstock that read "Happy 90th Birthday Operator Eatmon, #10409."

A sizeable group had gathered to meet him for a bus salute, to say thank you to Eatmon and her years of work for the city. He said she was always welcome to come back to work if she was up for it.

"She got a kick out of that, but she didn't know I was serious," he said.

"I feel wonderful. I'm excited, I’m hearing some blabbing a little bit - I didn’t know all these people were gonna show up," said Eatmon. 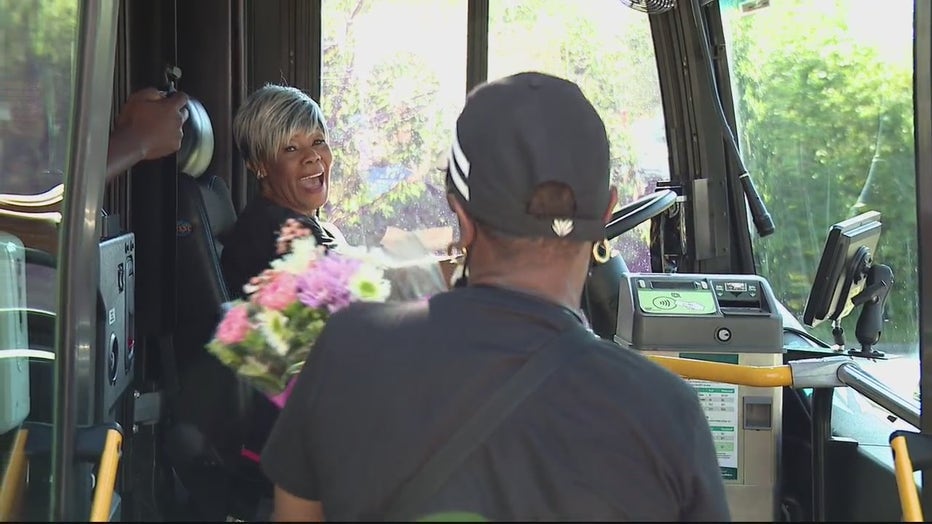