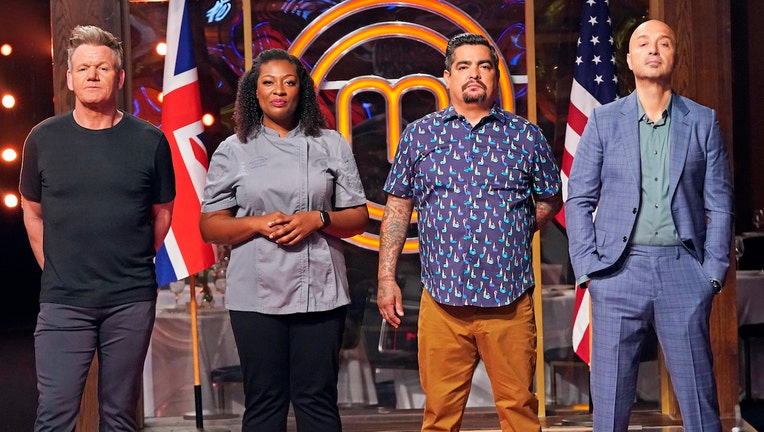 Chicago - Welcome back to "MasterChef" recaps! In episode 8, "Southern Fusion with Special Guest Tiffany Derry," the chefs must fuse Southern cooking with cuisine from another part of the world… but they can’t choose the country. Will they make magic with mysterious mealtime mixes? Keep reading to find out! Miss a week? You can read our recaps and watch On Demand, on FOXNow, on Hulu and on Tubi, FOX’s free streaming service. This television station is owned by the FOX Corporation.

It’s easy to forget that fusion cooking, at least in its modern culinary conception, is a relatively recent phenomenon. Popularized in the 1980s with the rise of the international celebrity chef and restaurant/foodie culture (think Wolfgang Puck or Roy Yamaguchi), modern fusion cooking is a framework on which many acclaimed chefs hang their big, puffy chef’s hats.

That’s certainly the case for "Top Chef" season 7 contestant and restaurateur Tiffany Derry, who drops by the "MasterChef: Back to Win" kitchen this week to help Gordon Ramsay, Joe Bastianich, and Aarón Sanchez — and our remaining chefs — through this week’s culinary challenge. 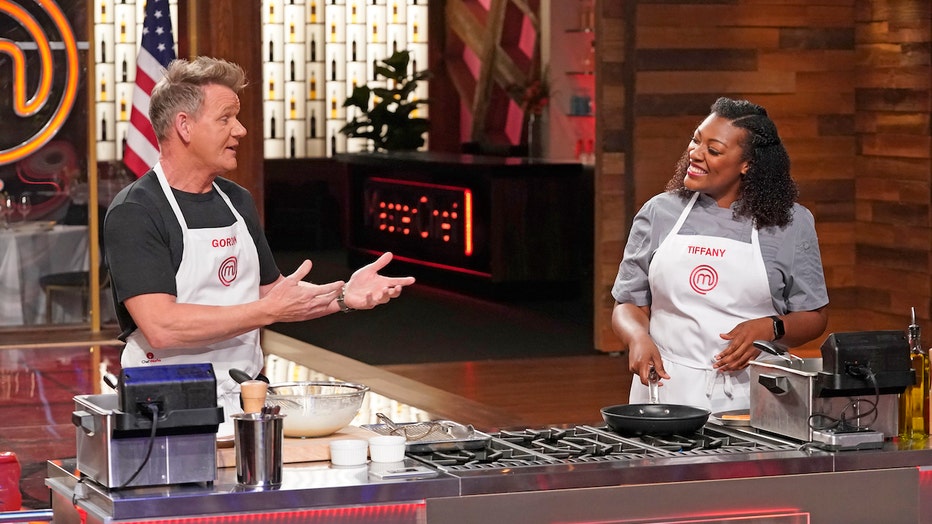 Since Derry has made a name for herself with Southern fusion at Texan restaurants like Roots Southern Table, the chefs are asked to create Southern fusion dishes of their own. She and Gordon even tee them up by taking them through a demonstration of a "fusion" version of fish and chips — which, in practice, just means throwing some Cajun spice in the fish batter and making a remoulade instead of a tartar sauce. Everyone oohs and aahs, but the final dish feels pretty boilerplate, to be honest.

"MasterChef: Back to Win": Blind dates 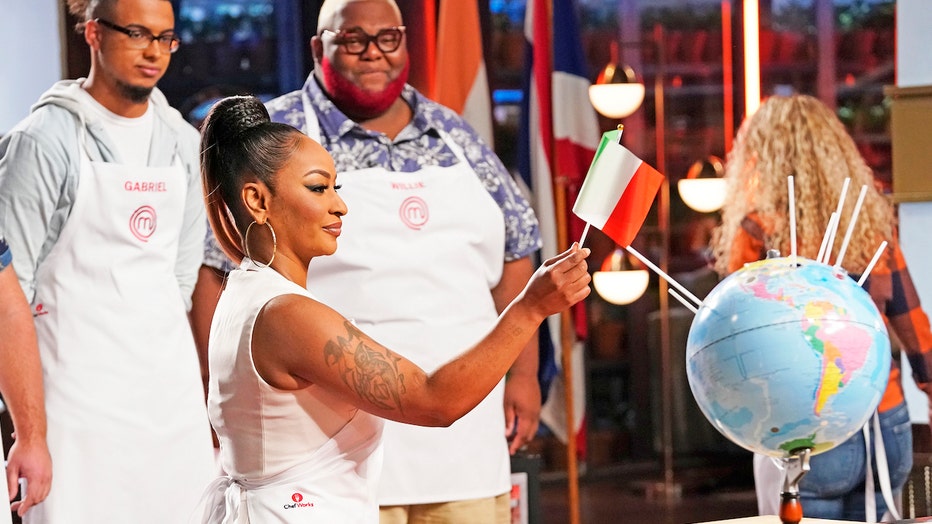 But what are they fusing Southern cuisine with? Well, the answer to that awaits the chefs in the form of a giant globe with a bunch of sticks sticking out of it. Turns out there’s a flag on each, hidden from view inside the globe, and each contestant must pull one of the flags and blend that nation’s culinary profile with Southern flavors to create a wholly new dish.

This puts several of our chefs in unfamiliar territory. Among the folks most outside their comfort zones are Brandi, who picks India despite having "maybe cooked a curry once," and Bowen, whose expertise with Chinese cuisine leaves him ill-prepared to work with Israeli flavors. Shayne is especially flummoxed when he grabs Ethiopia — a cuisine unfamiliar to most of the grown-up chefs, much less an 18-year-old who’s never had Ethiopian food in his life. Others feel far more in their element, especially Christian, who pulls Jamaica.

WATCH FREE ON TUBI: "The Delinquent Gourmet: Jamaica" – get the app

The cook begins, and the chefs go about their business, though with no small amount of trepidation considering this deliberate leap out of their realms of culinary familiarity. First, they all have to cook some variation of Southern cuisine, which means lots of frying chicken, stirring grits and composing gravies, then combining those dishes with their selected nation's potentially-incompatible food worlds.

It also relies on the chef’s existing familiarity with that culture, which bites some of them in the butt. That’s especially true for Bowen, who’s so preoccupied with getting Israeli flavors right that he fusses with his herb sauce while his rack of lamb waits to enter the oven. "It should have gone on 20 minutes ago," Gordon stresses.

WATCH FREE ON TUBI: Get stressed about risotto in Gordon Ramsay’s "Hell’s Kitchen" — get the app

Meanwhile, Christian might be letting his comfort with his chosen cuisine go to his head. To Joe’s consternation, he’s only frying his chicken once, when tradition dictates you cook it twice to get it cooked and achieve that desired crispiness. 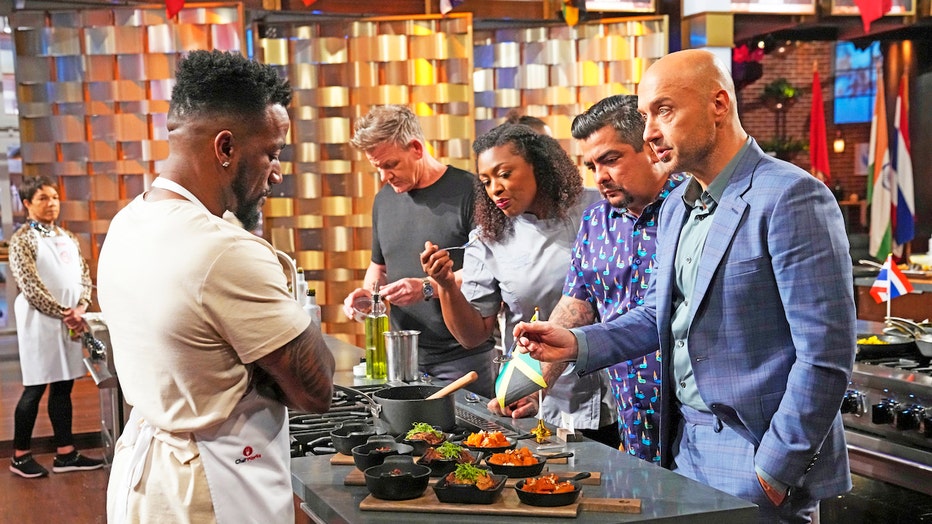 "MasterChef: Back to Win": A real cock-up

After the cook, the chefs take their cursory look around the table to suss out highlights and lowlights. (Tommy, this week decked out with a fashionable silver hubcap necklace, corrects Joe on his croquettes: "I actually call them croquet-tas." An awkward silence follows.)

The three who make it to the top are Shelly, Emily, and Christian. Shelly’s mustard-fried catfish with escabeche vegetables and patatas bravas makes great use of the Southern-Spanish brief she was given; Tiff gives an approving nod, and recognizes the harmoniousness of the dish, which is central to fusion cooking.

Emily’s crispy skin chicken thigh with a fish sauce caramel, corn succotash, and creamy coconut sauce gets high marks from the judges for her Thai-inspired flavors. Tiff applauds the smooth texture of the caramel and her intentional plating, and Joe gushes that it’s "next-level s--t."

WATCH FREE ON TUBI: Lidia Bastianich (Joe’s mom!) welcomes you to "Lidia’s Kitchen" — get the app

It’s Christian’s dish that provides the most drama, though, with the question of whether that fried chicken is cooked through despite some nervous temperature-checking during the cook. But he’s in the Top 3, so we know that we’ll come back from commercial to a beautifully-cooked piece of jerk fried chicken, with some habanero collards and candied yams. "It screams ‘you’," Gordon gushes, while Joe calls it a celebration of flavor. It’s enough to earn him the win, and the pin to go along with it. 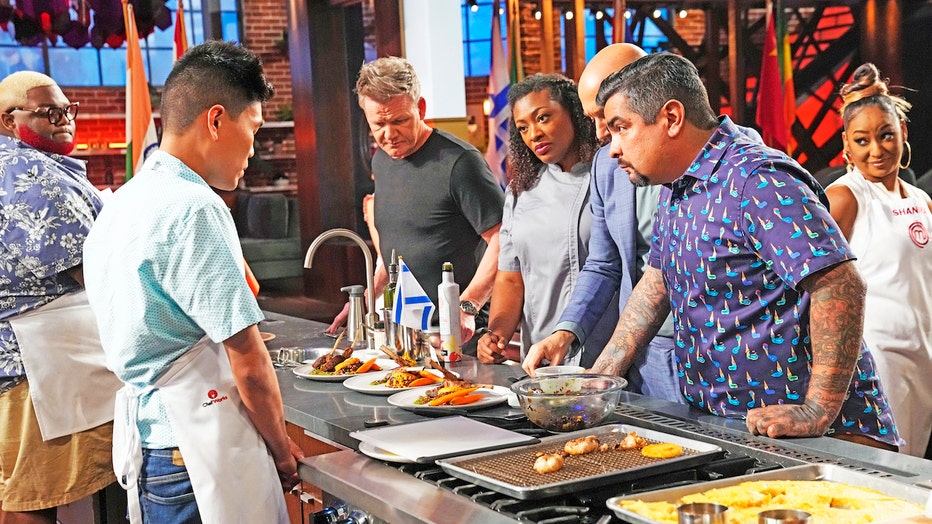 Now for the bad news, as the bottom 3 includes Bowen, Shayne, and Bri. Bowen’s rack of lamb is predictably uneven, both in cook and in presentation; "It’s more confusion fusion" than competent, says Gordon, and Joe says the butchery is "kind of a disaster." Shayne’s is predictably a mess, his unfamiliarity with Ethiopian flavors leading to under-seasoned chicken-fried steak (cut in half, which is simply not done with fried foods), messily plated.

Bri’s dish offers the most unintentional comedy of the hour. Why? Well, her two stacked Vietnamese-style Cajun spring rolls, set along a rectangular plate with a long straight swipe of peanut-butter gravy, is one of the most suggestively-plated dishes in "MasterChef" history. Gordon tries to put it diplomatically: "It’s just too phallic to eat." Disappointingly, no one is giggling, but it’s likely that viewers at home may let out a snicker or three. The flavors are lackluster too, and her peanut gravy is too heavy for such a light, delicate dish. "It tastes like how it looks," Joe puts it witheringly. 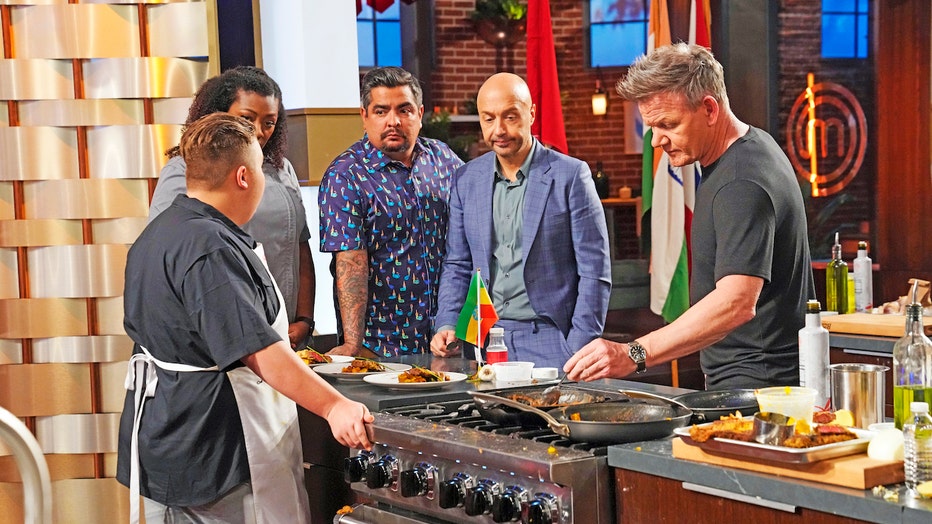 Despite the flaccid reception of Bri’s dish, the judges pick Shayne to go home — the first of the "MasterChef Junior" vets to be sent packing. It’s bittersweet, but Shayne takes it well, citing it as an important learning experience. "This dish doesn’t define me," he says, head held high. Good man.

Dish of the night

Derrick’s justifiably proud of his Chinese-Southern General Tso’s fried chicken with waffles, and its vertical presentation (standing up each diagonal half of the waffle on its side, resembling a pair of mountain peaks) is really neat.

Next week on "MasterChef"

The chefs finally get sweet on a dessert challenge, which should please some chefs (Brandi!) and stymie others (almost everyone else!).

About the writer: Clint Worthington is a member of the Chicago Film Critics Association. He is the founder and editor-in-chief of The Spool, and a Senior Staff Writer at Consequence. You can find his other work at Vulture, Nerdist, RogerEbert.com and elsewhere.

"MasterChef" airs Wednesdays on FOX. The first six episodes are also currently available to stream on Hulu. Recaps run weekly, and you can read them all below.

How to watch "MasterChef"

"MasterChef" airs Wednesdays at 8 p.m. EST on FOX. You can also watch On Demand or stream online via FOXNow. All 12 seasons of the show, including the first six episodes of the current season, are streaming on Hulu. And there’s a whole world of "MasterChef" streaming free on Tubi, including beloved series "MasterChef Junior" and several international editions.