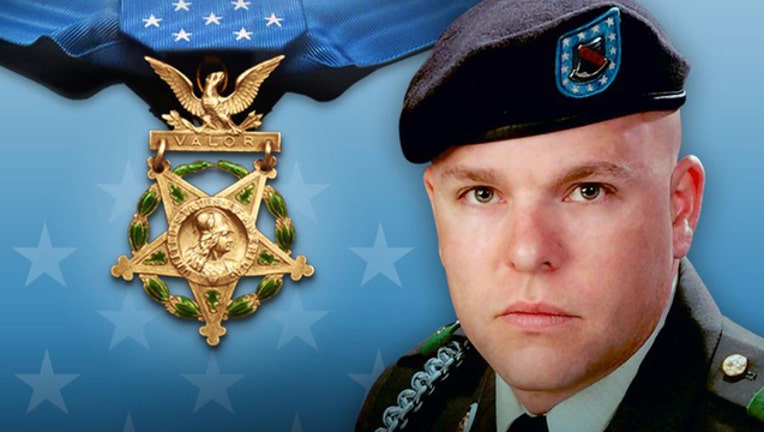 WASHINGTON (AP) - An Army staff sergeant killed in Iraq while trying to subdue a suicide bomber will receive the Medal of Honor, the nation's highest military award for battlefield valor.

President Donald Trump will present the medal to Travis Atkins's son, Trevor, and other family members at a White House ceremony on March 27.

According to the White House, Atkins was trying to subdue the suspected insurgent in June 2007 when he realized the man was trying to detonate a bomb that was strapped to him. Atkins, 31, of Bozeman, Montana, then used his body to shield fellow soldiers from the explosion near a mosque in Al Yusufiyah.

Atkins was a member of the 10th Mountain Division out of Fort Drum, New York, and was on his second tour of duty in Iraq at the time of his death. He oversaw a squad of 15 soldiers.

Atkins deployed to Iraq in 2003 and was later honorably discharged as a sergeant. He re-enlisted in the Army in 2005 after attending the University of Montana and deployed to Iraq again in 2006. He was promoted to staff sergeant in May 2007, a month before he was killed.