She was running across the Lodge freeway, just north of W. Chicago in Detroit. The car in front of our news van tried to sweve, but hit her back end. Amazingly she was not injured.

DETROIT (FOX 2) - A very lucky pup is looking for a new home-- after a rough time on the streets of Detroit.

It's all thanks to some good Samaritans-- a FOX 2 news crew in the right place at the right time-- and the hardworking heroes of local animal rescue.

This is Tess – the newest friend of FOX 2 and we met her, on the highway.  Last Wednesday - photojournalist Todd Brangan and Jessica Dupnack spotted the spotted pup on the way to an interview.

She was running across the Lodge freeway, just north of W. Chicago in Detroit. The car in front of our news van tried to sweve, but hit her back end.

Meanwhile – the calls started coming in to dispatch at Michigan Humane Society.

"She actually, I think, was on the freeway the day before, same area, same description," said Tiffany Blaine, Michigan Human field agent.

FOX 2 safely stopped along with another driver, gave her space, and so did the flood of traffic. Eventually Tess found her safe spot. 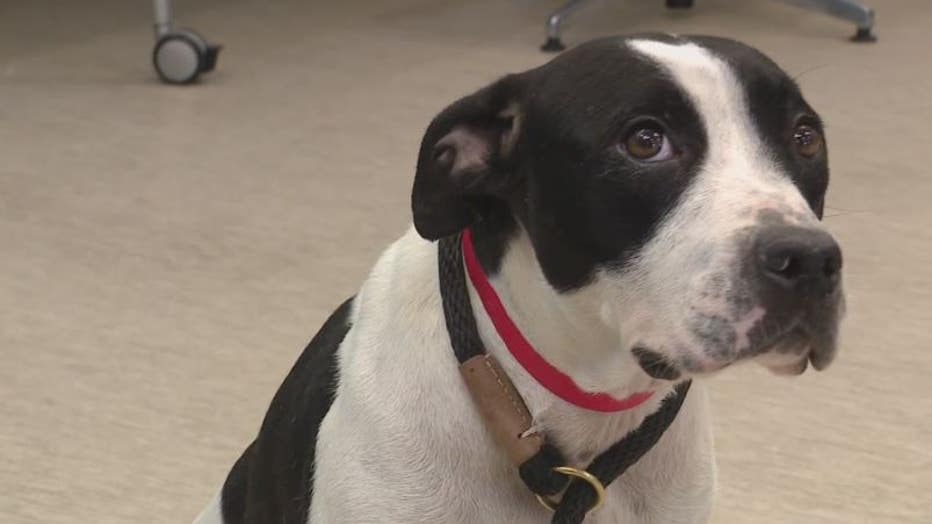 "We get these calls all the time, and a lot of times they are not there, or it's too late," Blaine said.

Tess is one of a wave of freeway dogs in the last two weeks. Within three minutes – Tifanny Blaine was there to save the day.

Amazingly – Tess was uninjured, after getting hit.

"She looks great. She’s put some meat on her bones because she’s not burning off all those calories dodging cars," Blaine said.

We call her Tess - a combination of our crew’s names. She’s doing great, a little groggy after getting spade a couple hours before her debut.

"Her ability to try so hard to want to be friends and to be positive around people, it’s amazing every time," said Ann Chrisman, Michigan Humane.

Likely a stray. A shy one, but super sweet.  We’re told, she will make a great coach potato companion very soon. Tess will be ready for her forever home, in about a month.

For more information or to donate to the Michigan Humane Society CLICK HERE. 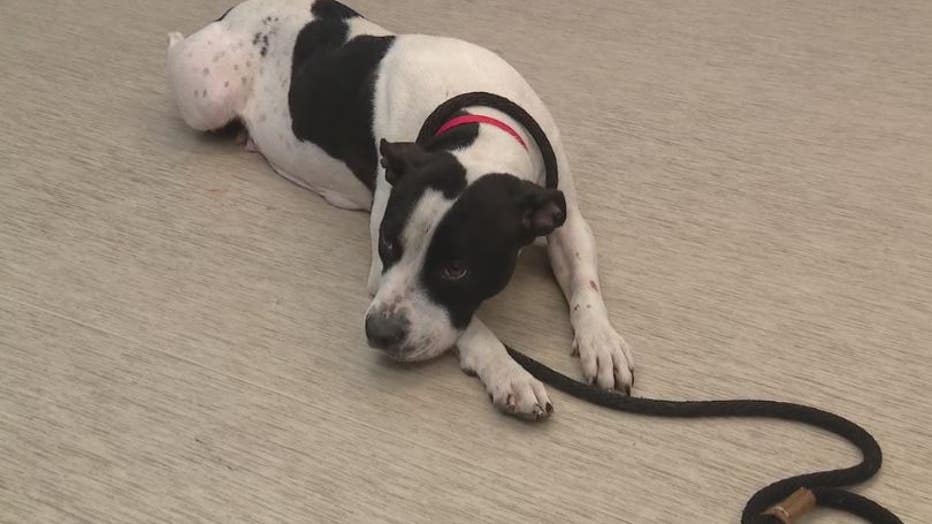