FARMINGTON HILLS, Mich. - Nine people die every day because someone was texting, putting on makeup or reading while behind the wheel. Distracted driving's pervasive issue is not going away. But neither are the people trying to stop the problem.

"They tend to be swerving to the side, and when I looked they are on their phone trying to find a song or just calling someone and I have to drive around them or try not to be hit," said Dajanae Grayer.

You can probably relate to what the North Farmington High student is talking about -- young people behind the wheel, driving distracted.  But let's be frank. It's not just them.

"I see a lot of adults texting or calling people while they are driving and not paying attention," Grayer said.

Nine people die every day from distracted driving. That may come in the form of texting, putting on makeup or just not paying attention. But for students at Farmington Hills, that's nine people too many. These teens are joining kids from five other schools to end distracted driving. They're producing videos that raise awareness about the dangerous practice - hoping that the lesson comes through more clearer for others as young as them.

The problem is not getting any better, so these teens are joining five other school districts to put the brakes on this problem for good. They're using their TV production classes to make it happen.

"We have had winners the last two years now and each year the interest and the creativity grows and grows," said teacher Sean McGuckin.

North Farmington High School's TV production teacher designs his class to produce videos that go head-to-head with other districts. The Suburban Collection Focus on the Roads contest is in its third year.

The cash prizes range from $1,000 to $2,500. Students come up with their own versions, getting creative to teach everyone to stop doing it.

"The driver would get distracted on their phone but at the last minute remember their friend telling them to not text and drive. And at the last second they stopped right before they had a car basically showing that if I stayed on the phone a little longer I would've crashed," he said. 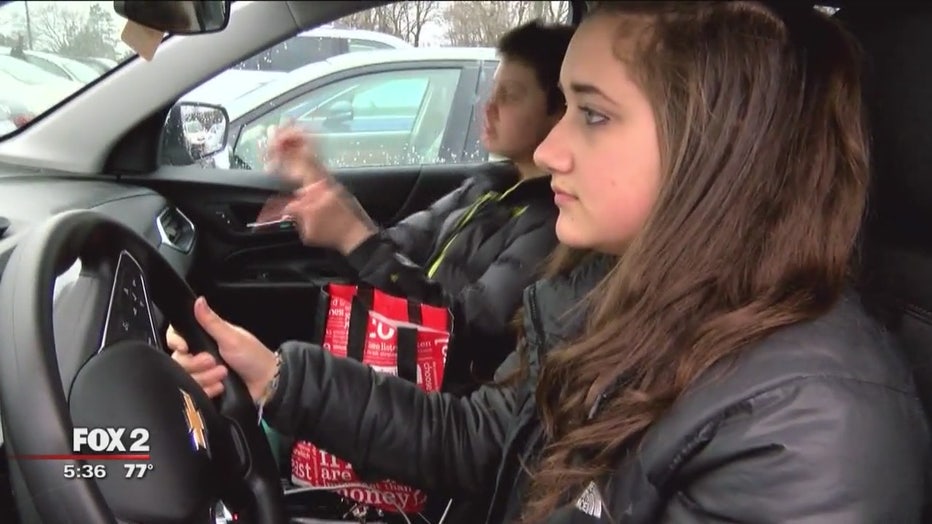 The awareness goes beyond the videos they produce. The real talk is happening in cars with other teens.

"I try asking them to put their phone away because I don't want anything happening and I want to keep our safety in the car. Just put the radio on and enjoy the ride without getting any distractions," said student Baylee Chittenden.

"Whether that's texting or and driving, eating, putting on makeup, reading, there's all kinds of examples that we see every day of people not paying attention to what they're doing while they're driving," said Dan Wiebelhaus, of Suburban Collection. "If it's someone young speaking to someone young, they are more apt to listen when it is their peers and they know they are going through the same things."

Novi, Ferndale, Birmingham, Troy, and Waterford are other districts involved.