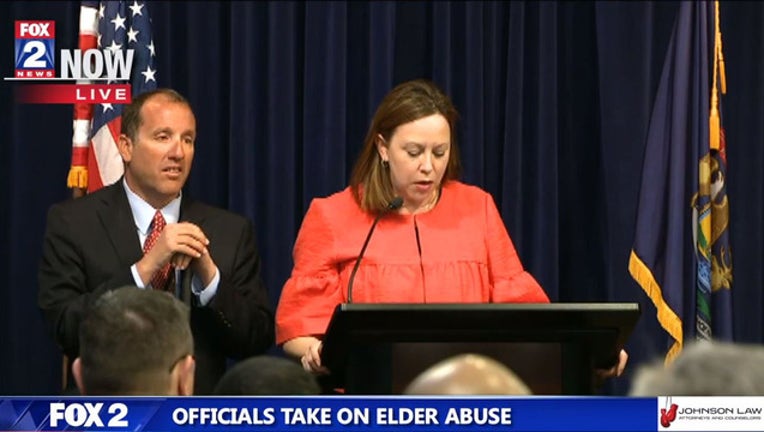 The Michigan Attorney General is establishing a task force to tackle elder abuse in the state.

At a press conference Monday morning, Dana Nessel was joined by judges, state representatives and a victim of abuse and announced the intention to create a robust protcol for that will focus on elder abuse.

Designed to take concrete initiatives and turned them into legislation, Representative Brian Elder discussed his intention to work on the task force.

"We know that we need legislative support as we tackle issues facing elders," he said.

Potential bills on the horizon will look at requiring guardian certification and mandating that financial institutions report notable information.

Dennis Burgio, a 72-year-old resident of Macomb read a story about his personal experience with financial abuse. After losing his retirement in the early 90's, him and his wife spent years building that money back up.

After years of built up trust with a close personal friend turned financial advisor it was discovered that individual had lost all of their money.

"It's a sad story and the reason it's so sad is because we gave him all the trust in the world," said Burgio. "Yet all along, what happened in his life, we don't know. He is serving six years thanks to the attorney general."

The task force will be spearheaded by four Michigan Representatives and two Michigan Supreme Court Justices. Those initiatives that Nessel mentioned included requiring professional guardians to become certified, developing statutory basic rights for families and reviewing the process of a guardian removing a ward from an elder's home.