Democrat US Rep. Brenda Lawrence talks about her decision to retire

The US Rep. for Michigan's 14th District spoke to Roop Raj about her surprise announcement on Tuesday.

FOX 2 - US Rep. Brenda Lawrence announced she will be retiring from Congress at the end of her term.

Lawrence, 67, made the announcement Tuesday with a statement on Twitter. Lawrence, a Democrat, was elected to US Congress representing the 14th District of Michigan in 2013.

She told FOX 2 that the events of last year's Jan. 6 at the Capitol riot started her on this path, of looking toward retirement.

"January the sixth had a major impact on how I felt about the state of our Democracy, decorum and all the other things that, as a person who has given 30 years of her life to public service - Jan. 6 took a big toll on me personally," she said.

Lawrence also said that the COVID-19 pandemic has also taken a toll the past two years she has served in Washington.

On Twitter, she wrote, "This year marks my 30th year in elected public service, and I've had the good fortune of serving Michiganders on the local and national level.

"After reflecting on my journey & having conversations with my family, I'm announcing that I will not be seeking re-election to Congress." 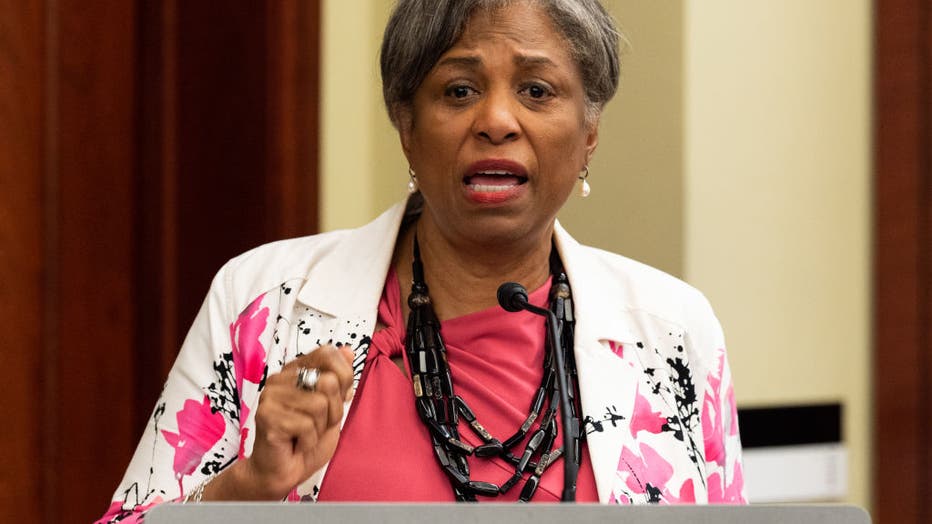 According to Roop Raj, Lawrence said her decision was based on letting the next generation of leaders step up. She added it was not connected to the redrawing of voting district maps across the state.

Lawrence, a graduate of Detroit Pershing High School and Central Michigan University, worked 30 years for the US Postal Service and later served on the Southfield Public Schools Board of Education, including as president.

She later was elected to Southfield City Council and was elected as president in 1999. She became the city's first African-American and female mayor - serving four terms.