DETROIT - "Oh you got it! You gotta send me that," said Congresswoman Debbie Dingell.

She's looking at picture of a large painted turtle on the phone of another congresswoman: Rashida Tlaib.

Tlaib took the picture while she and Dingle were on a guided kayak trip on the Rouge River on Tuesday. Following the excursion, they docked at the mouth of the Detroit River and talked to Fox 2 about their paddle.

"This river 50 years ago was the dirtiest river in the country and it shows when people pull together, you can protect and clean the environment," said Dingell.

Michigan Reps. Dingell and Tlaib, both congressional lawmakers from Detroit paddled the Rouge River on Tuesday. Fifty years ago this week, the Rouge River caught fire when an oil spill leaked onto the surface of the water and a worker accidentally dropped a torch, igniting the oil. The flames climbed 50 feet high and kicked off an environmental movement that's still rippling today.

The fateful day marrying these two lawmakers on their joint venture was Oct. 9, 1969, when the Rouge River caught fire. Already heavily polluted with many things, an oil spill caused by the nearby Shell refinery was ignited into flames when a construction worker accidentally dropped a torch into the river.

To tell that story, we dug into our archives to find Joe Weaver, a reporter with Channel 2 talking about the fire.

"The fire, which hugged the east bank of the river started when this pile driver set off a spark which ignited the surface oil," said Weaver in archived footage.

The fire chief at the time described some of the challenges with the blaze.

"Engine 37 had to evacuate from the heat and the intensity of the fire and flame and the wind direction blowing the flames towards the bank," said the fire chief.

RELATED STORY: In 1969 the Rouge River burned. 50 years and more than a billion dollars later, life has returned to the water

"We saw where it started and they showed it to me," Tlaib said. "It was incredible to hear it took 65 firemen to take it out and just the whole place just lit up.

Since that fire, efforts to clean the river have taken a very meandering journey. But they've landed at the feet of volunteers and community groups who have orchestrated one of the most remarkable environmental cleanups ever.

"For me it's kind of sentimental because my husband sort of lead the clean up of the Rouge River with a lot of people in this community," Dingell said. "We got the Clean Water Act and that National Environmental Policy Act because of what happened on this river."

Dingell's late husband former Congressman John Dingell was instrumental in securing funds for the cleanup effort. So far, the federal government has committed $350 million to the Rouge River Wet Weather Demonstration Project. Those funds are combined with over $700 million from local sources. 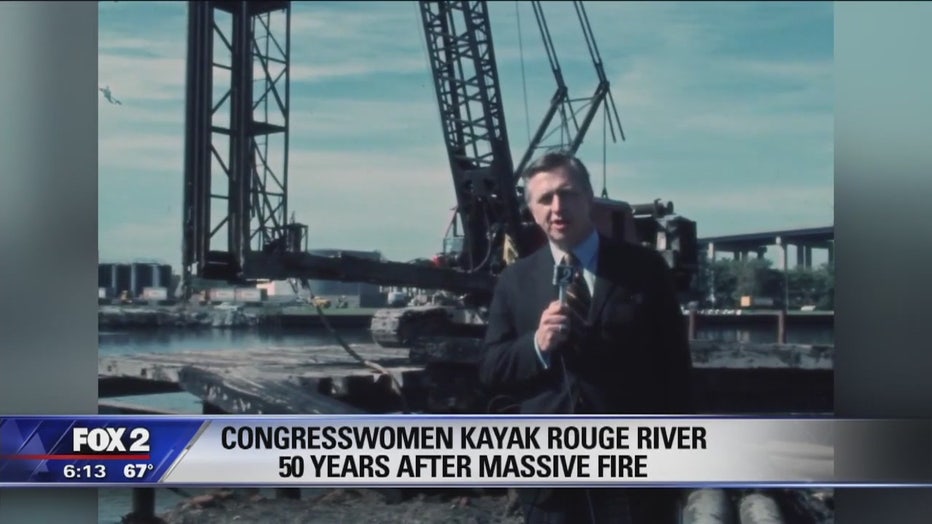 "Even a few years ago, 10-15 years ago, it probably wouldn't have been too safe," said Ellison.

"A lot of work needs to still be done, but I think it was really good for me to see firsthand," said Tlaib. "My residents always want me to advocate for them and protecting their environment, their public health and for me to actually see it hands-on with people who understand it was really I think an amazing experience." 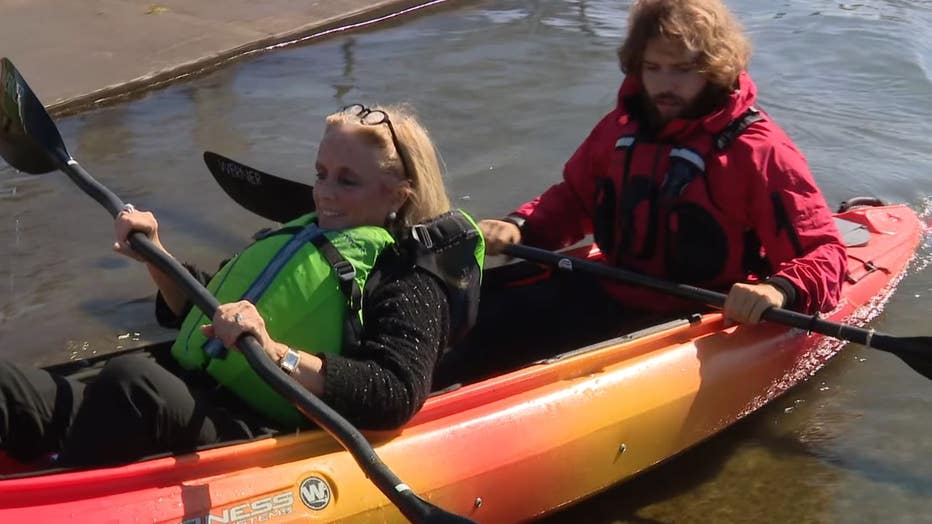