The two-story home, listed at $105,000, was built in 1911 and features hardwood floors and an attached garage.

LANSING, Mich. - If you’re looking to buy a house with at least four bedrooms and a terrifying "Scream" villain lurking in the shadows, this new listing in Michigan may be just the place.

At first glance, you probably wouldn’t notice the figure standing on the porch of an online real estate listing in Lansing.

Upon clicking through the gallery, you’ll start to notice the same creepy Ghostface character made popular from the “Scream” horror films lurking about in nearly every photo of the home on Chestnut Street. In one image, he’s raking leaves, in another, the man behind the mask is carving a pumpkin in the kitchen. 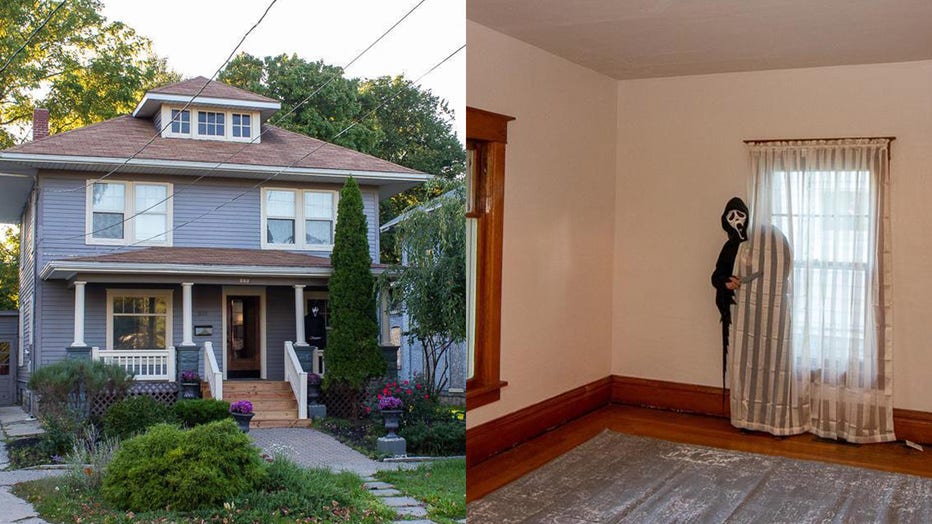 Real estate agent James Pyle did it to generate more views on the four-bedroom house, according to the Lansing State Journal. The two-story home, listed at $105,000, was built in 1911 and features hardwood floors and an attached garage.

It was listed Friday on the real estate site Century 21 and has already received thousands of views, the newspaper reported.

"My goal was 1,000 views," Pyle told the newspaper. "I just wanted people to take a look at the listing and smile, laugh and have fun with it. The reaction has been a lot of fun."

Pyle has been selling homes in the Lansing area for 15 years, the Lansing State Journal reported. But this was the first time he’s dressed as a horror movie character and posed in pictures around a property. 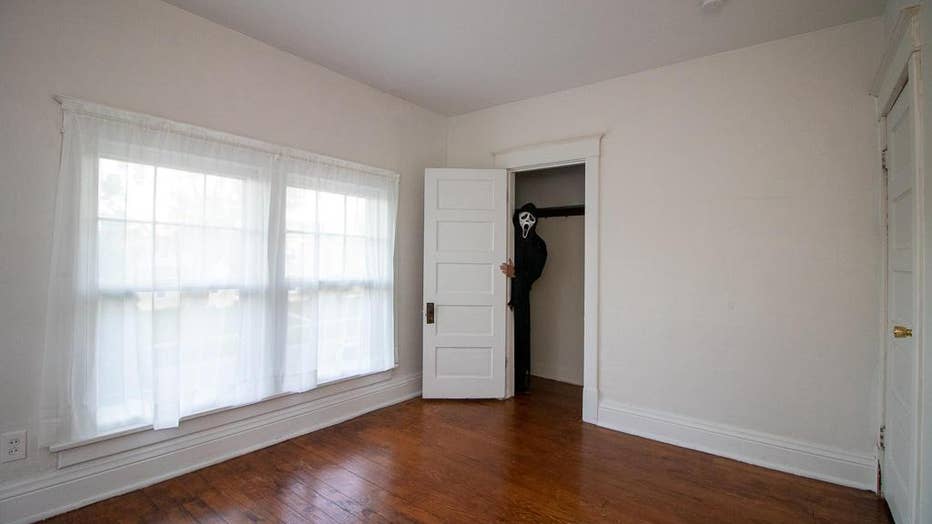 Boo! In this Lansing house, you'll find Ghostface hiding in a closet, behind a curtain and in the basement. (Photos: James Pyle / Greater Lansing Association of REALTORS)

Pyle told the newspaper that Halloween is one of his favorite holidays, and he’s wanted to do it for years.

RELATED: Company will pay you $1,300 to watch 13 classic horror movies by Halloween

The home’s owner, Diane Wilson, said her family has lived there for nearly nine years and moved out of the area recently, located in Lansing’s Old Forest neighborhood.

"I think James is a genius," Wilson told the Lansing State Journal of his unconventional listing. "I told him, 'Whatever you want to do is good with me.'"

"I definitely had fun doing it," Pyle added.