Feb. 10 Roop Raj and Taryn Asher will be hosting a day-long telethon to benefit Michigan Humane.

FOX 2 - FOX 2 has partnered up with Michigan Humane to host a telethon for Feb. 10.

Michigan Humane CEO and President Matt Pepper joined us with a rescue dog Tucker, who was found abandoned in a home and had to have his back leg amputated - after being tied with a wire.

Tucker developed tetanus and couldn't move. He was syringe-fed by the Michigan Humane team during that time. He isn't up for adoption, however, as Pepper's family adopted him,

But it is his rescue story that serves as an example of what makes the upcoming telethon so important, Pepper said.

"Somebody felt compelled to call, and we were able to rescue him, and someone felt moved by our work and felt strong enough to support it," he said. "That is what makes our work possible."

Michigan Humane on average helps 100,000 animals a year. Every year they need the money that comes from you.

On Feb. 10 Roop Raj and Taryn Asher will be hosting a day-long telethon to benefit Michigan Humane.

For more information, look up the Michigan Humane Society at michiganhumane.org/ 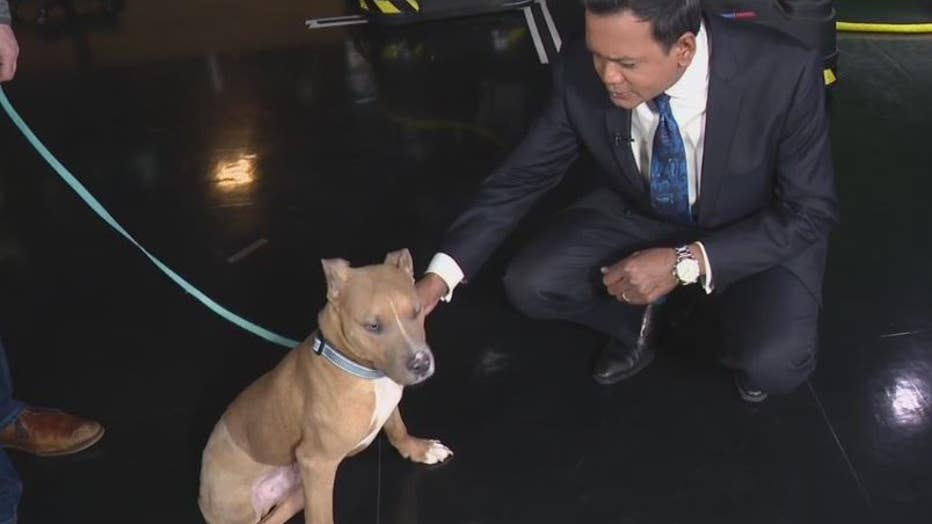