With a host of gaming lobbyists in the audience bird-dogging every committee move, a House committee on strong bipartisan votes moved bills to legalize Internet and sports betting. The underlying force behind this legislation? People are already doing it.

With a host of gaming lobbyists in the audience bird-dogging every committee move, a House committee on strong bipartisan votes moved bills to legalize Internet and sports betting. The under lying force behind this legislation? People are already doing it.

"They bet on Michigan, Michigan State ... why don't we get some revenue out of it?" said State Rep. Wendell Byrd, D-Detroit.

The sponsor contends the first year it could raise $80 million and long term:

"We could go up to $100-$150 million on this someday, five years out potentially, but it has to be combined. The sports and the internet piece have to go together for major revenue. Sports alone, it's going to be much smaller," said State Rep. Brant Iden, R-Kalamazoo.

The legislature last year adopted a similar measure that former Gov. Rick Snyder vetoed. The new governor has not threaded to veto it again, but she has not signed off on the package because she feels if there is more Internet betting, players will not play the state lottery which means fewer dollars for education.

"The School Aid Fund is at risk anytime we start talking about changing the way revenue is coming in and out of that fund. ... Budget says we could lose $28 million -- that is about $20 a kid, something along those lines, and that's a lot," said education lobbyist Peter Spadafore. 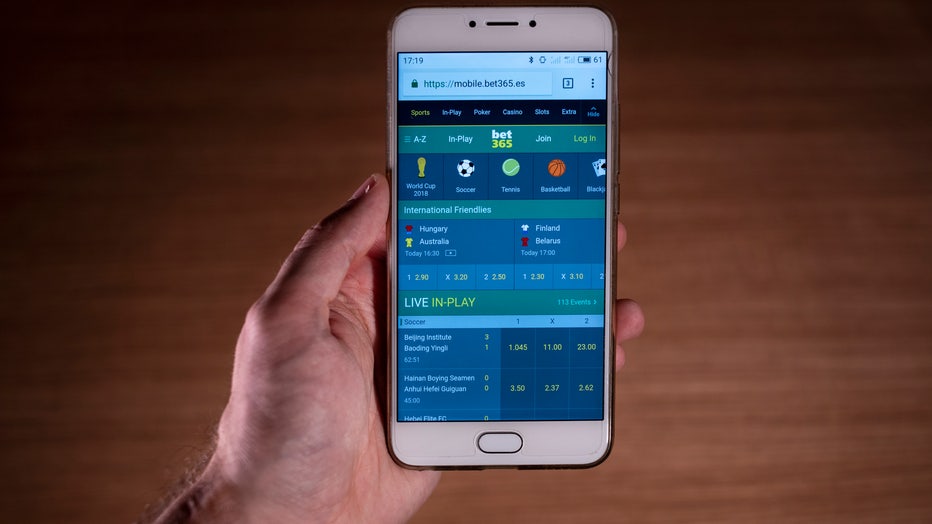 "This is new revenue to the state of Michigan. Again, the argument that some have made, and I do not agree with it, is this will pull from I-lottery, this will not pull money from I-lottery at the end of the day. We haven't seen that in Pennsylvania, it just has not been occurring. In fact in New Jersey and Pennsylvania, that more money keeps coming in month after month. In fact, New Jersey is growing revenues rivaling that of Nevada," Iden said.

Iden hopes the governor will now come to the table to finish this deal.