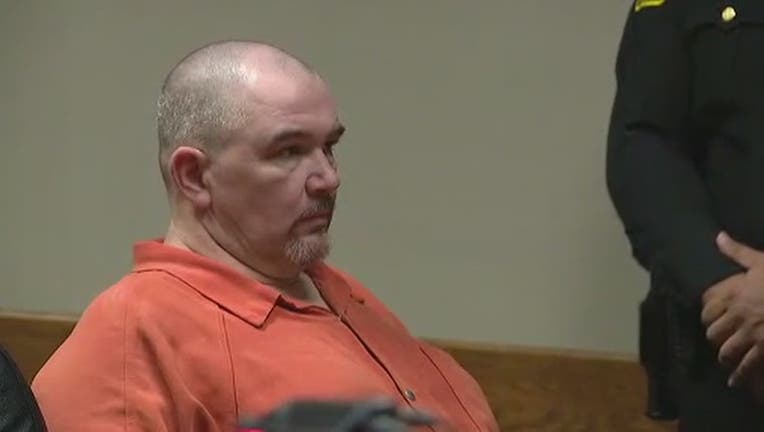 GENESEE COUNTY, Mich. - A jury has convicted a Michigan man alleged to have drugged his wife with heroin after giving her a bowl of cereal that had been laced with a lethal dose of the opiate.

Jason Harris, 47, was found guilty of first-degree premeditated murder in the death of his 36-year-old wife in September of 2014. Harris, who also collected $120,000 in life insurance benefits from his wife's death, was revealed to have been communicating with several women before and after Christina Harris died.

The Davison man faces life in prison without the possibility of parole for the conviction, which includes charges of solicitation of murder, and delivery of a controlled substance causing death.

"This was a very tragic case and my heart goes out to the family and friends of Christina Harris for their terrible loss," said Prosecutor Leyton after the verdict was read. "The circumstances of this case make for a unique story and garner headlines in the media but, at the core of it, a family is mourning the loss of their loved one and, I can only hope that today’s verdict will help them with closure as they continue to grieve and they can feel some sense of comfort in knowing that justice under the law has been served."

In 2014, Harris prepared and served his wife a bowl of cereal that had been laced with heroin. According to trial testimony, he served her the food on Sept. 28 and she had difficulty holding onto her spoon. He had to then assist in getting her into bed and both of them went to sleep.

The next morning, Harris told police his wife was still sleeping when he left work and took the couple's two children with him. Later that morning, he couldn't get her to the phone or respond to texts, so he called a neighbor and asked her to check on his wife.

The neighbor found Christina cold to the touch and unresponsive. Another neighbor who was a nurse was then called and asked to come over. Emergency responders were contacted soon after and Christina was declared dead.

The case was initially ruled an accidental overdose.

But two days after her death, family members of Christina told Davison police that her death made no sense. The victim did not use drugs.

During the investigation, a sample of Christina's breast milk, which had previously been stored in a freezer, was tested. It came back negative for any controlled substances. The prosecutor in the case said this was the first time breast milk had been used as evidence in a criminal trial in the state.

In addition to the breast milk sample corroborating family testimony, Jason Harris' own brother and sister told police a couple of days after her death that the suspect had made comments about getting rid of his wife.

Only nine days after her death, Jason had purchased an airline ticket to visit a woman in Rhode Island with whom he had been exchanging texts before his wife's death.

The entire investigation by Davison police took two years before Michigan State Police took over. In August of 2019, the Genesee County Medical Examiner changed the cause of death from an accident to a homicide, which allowed prosecutors to pursue a murder charge.

His sentencing date is scheduled for Dec. 10.