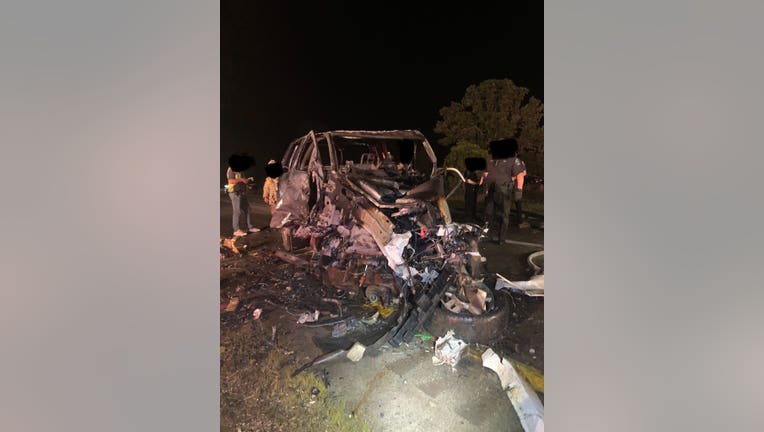 A Michigan State Police trooper was traveling north on I-127 near Barnes Road in Ingham County just before 10:30 p.m. when he saw a three-vehicle crash and two vehicles on fire.

Other troopers and officers from the Leslie Police Department, Mason Police Department, and Ingham County Sheriff's Office responded and worked to extinguish the fire that was spreading. A 25-year-old Leslie man who was pinned inside the other burning vehicle was saved. Both men were taken to Sparrow Hospital.

A 19-year-old Leslie man in another vehicle was also transported to Sparrow. 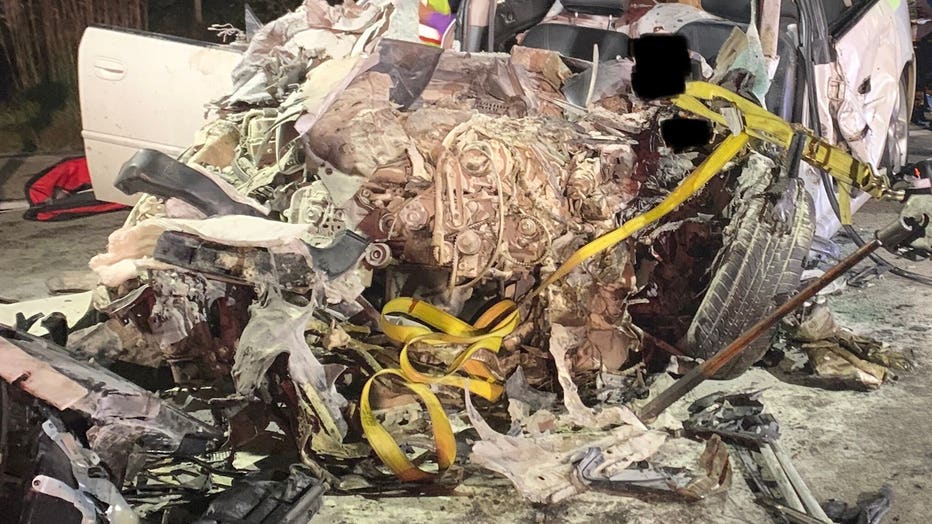 Police believe the man in the F-150 was traveling the wrong way on the southbound side of the freeway and hit the other vehicles head-on. Alcohol appears to be a factor.

"From the first trooper to arrive on-scene whose heroic actions are to be commended, to all the subsequent officers who worked cooperatively together to save lives at this very serious crash scene, I couldn't be prouder of the courage and bravery on display," said Col. Joe Gasper, director of the MSP. "I have no doubt if you asked any of these officers about this incident, they would simply say this act of service and selflessness was merely a part of their job. I, for one, am thankful they were there last night."