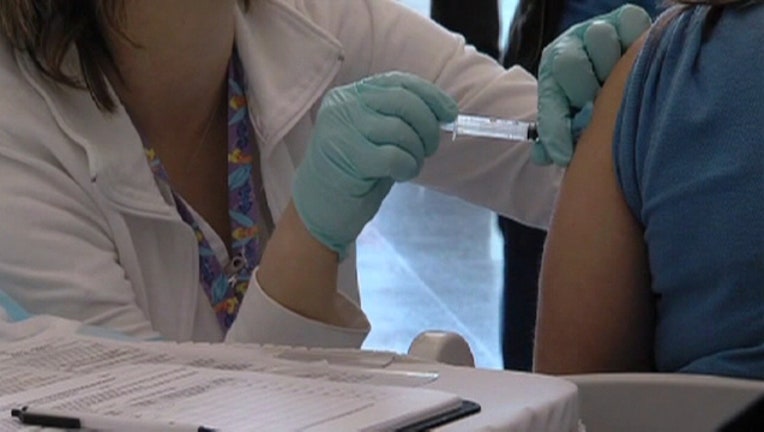 LANSING, Mich. (FOX 2) - Michigan health officials say a child from Alpena County is the second in the state to die from the flu this season.

The Michigan Department of Health and Human Services confirmed this week that the child died from complications of flu. The child was of school-age, but details including the child's name weren't released.

The department in December had announced the death of a child in Osceola County from the flu. It says Michigan now has widespread flu activity.

Other children in the U.S. have died from the flu during the 2018-19 season. Two Michigan children died last flu season from flu-related complications.

The department recommends everyone 6 months of age and older get a seasonal flu vaccine.

The flu is a contagious respiratory disease caused by different strains of the influenza virus.

People under the age of 45 were the least likely to report being vaccinated.

The top three reasons why they didn't want the shot were: bad side effects; thinking they'll get the flu from the shot; or thinking it doesn't work.

Some think the side effects are worse than the flu itself, but that's just a myth. Usually the only side effect is a sore arm.

And while it is true that the vaccine doesn't work 100 percent of the time, the benefit is that it lessens the severity. If you do still get the flu you're 60 percent less likely to need treatment.

Last year's flu season, keep in mind, was particularly severe. More than 900,000 people were hospitalized and more than 80,000 people died. Many were adults older than 65, but also 180 children died from the flu.

Last year's flu season also really didn't peak until January-February, and even extended into March, so it's not too late to get the shot. It takes about two weeks to kick in to full effect.